Why does eating fish boost memory? 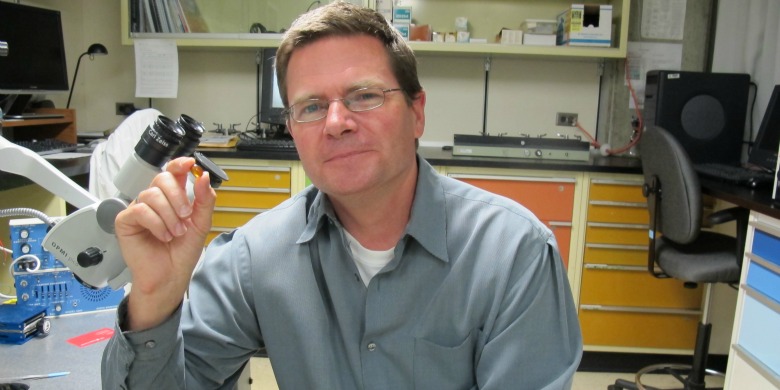 (Edmonton) We’ve all heard that eating fish is good for our brains and memory. But what is it about DHA, an omega-3 fatty acid found in fish, that makes our memory sharper?

Medical researchers at the University of Alberta have discovered a possible explanation. Their findings have been published in the peer-reviewed journal Applied Physiology, Nutrition, and Metabolism.

Principal investigator Yves Sauvé and his team discovered that lab models fed a high-DHA diet had 30 per cent higher levels of DHA in the memory section of the brain, known as the hippocampus, than lab models on a regular, healthy diet.

“We wanted to find out how fish intake improves memory,” says Sauvé, a researcher in the Faculty of Medicine & Dentistry who works in the departments of physiology and ophthalmology, and in the Centre for Neuroscience.

“What we discovered is that memory cells in the hippocampus could communicate better with each other and better relay messages when DHA levels in that region of the brain were higher. This could explain why memory improves on a high-DHA diet.”

Sauvé noted a key finding was that when a diet is supplemented with DHA, additional stores of the omega-3 fatty acid are deposited in the brain. His team confirmed this finding, a discovery other labs have noted as well.

Supplementing our diet with DHA, such as by increasing fish intake or taking supplements, could prevent declining DHA levels in the brain as we age, says Sauvé.

This research was funded by Alberta Innovates – Health Solutions.

Earlier this year, Sauvé and other colleagues discovered that DHA prevents accumulation of a toxic molecule at the back of the eye that causes age-related vision loss. He is continuing his research in this area.