U of A experts dispel myths about weight loss and provide realistic advice to lead a healthier, happier life. 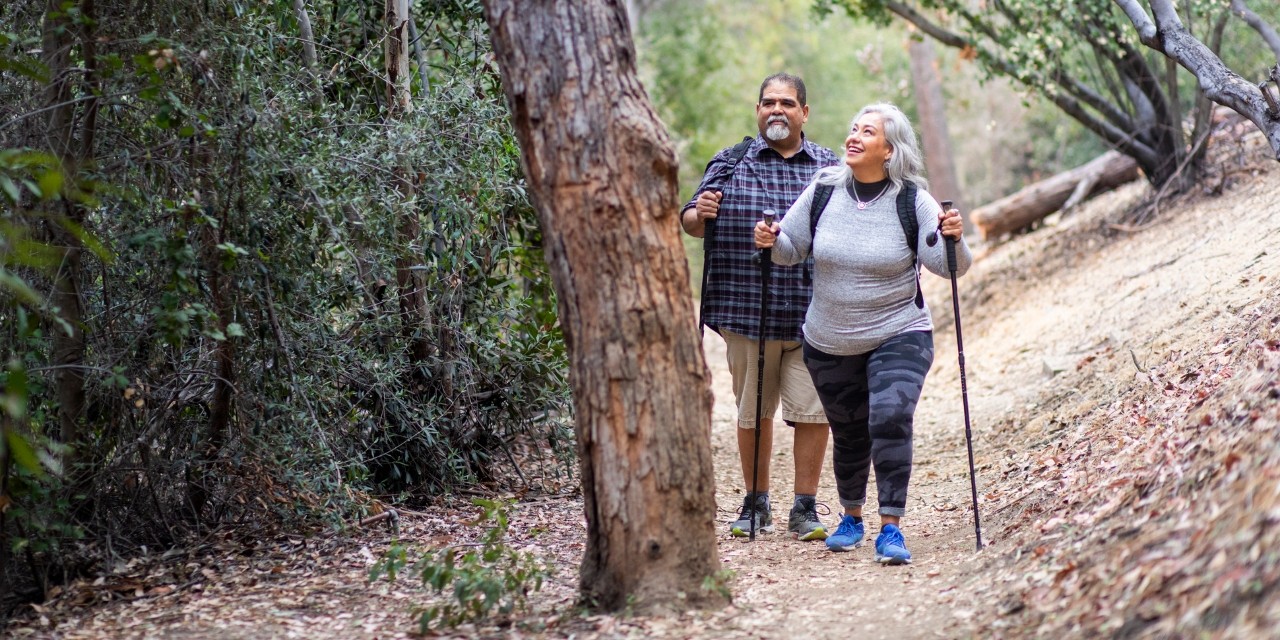 Making common-sense food choices, doing physical activities you enjoy and not being too hard on yourself are more likely to help you lead a healthy lifestyle than worrying about losing weight or counting calories, according to U of A experts. (Photo: Getty Images)

Can’t seem to keep that weight off? You’re not alone, say University of Alberta health experts who suggest weight loss shouldn’t be the primary motivation behind healthy lifestyle changes.

Obesity expert Arya Sharma said there is a growing body of research showing that upwards of 95 per cent of those who achieve any sort of meaningful weight loss will pack it back on, and then some, within a couple of years.

Why does maintaining weight loss have such a grim outlook? Sharma said it’s because you can’t fight biology.

“In fact, biology will fight you, and fight you very effectively.”

He explained that as we gain weight, our body’s biology changes and will actually start defending that higher body weight as the new normal, regardless of how you put it on.

Sharma said the brain has a whole bag of tricks at its disposal, with the sole purpose of trying to get you to eat—beginning with increasing appetite and heightening taste and smell.

“As you start eating less, your body senses there's not enough calories coming in, and you start having cravings,” he said. “In fact, you might even find food that you normally don't like—high-caloric food—will actually seem much more attractive to you.”

The next strategy your body employs to combat any substantial weight loss is to reduce the amount of calories it burns.

“If there's not enough calories coming in, the body turns down the thermostat,” he said. “That’s why people who lose weight often complain of feeling cold.”

And if that weren’t enough, Sharma said that in the face of reduced calories, the body gets more fuel-efficient, able to cut calorie consumption during physical activity.

“That's the big difference between biology and physics. If you look at your car, you can't teach your car to run on less fuel, but you can train your body to run on less fuel and you can become more fuel-efficient—it's an adaptive system.”

When those three things are taken together—increasing appetite and burning fewer calories at rest and at play—along with genetics and the fact that most of us have a finite amount of willpower, Sharma said it doesn’t matter what exercise program you follow or which diet you implement—your body's going to want those calories back.

“I liken it to pulling on a rubber band. You lose the weight and now you're pulling on this rubber band, and you have to keep pulling. The minute you let go, it's just going to snap back. That’s what makes long-term weight loss so difficult.”

Sharma said because weight loss and weight maintenance carry on basically forever, obesity needs to be treated as a chronic disease.

He added the treatments that work best in the long term are the ones that fight this biology, such as bariatric surgery and medications that can block the adaptive responses of the body.

“The body can still fight it, which is why there are some people who have bariatric surgery or who take the medication and then go off, who still end up putting the weight back on,” said Sharma.

“That just tells you how powerful those mechanisms can be.”

According to Kim Raine, an obesity researcher in the School of Public Health, we are unwittingly helping our nature to gain weight with a seismic shift in the last 40 or so years in our environment.

“We may be eating more than we used to and we may be less physically active than before, but it's not generally our choice to do that—it's that our environment has changed significantly,” she said.

For instance, the ability to have food at our beck and call has increased exponentially in the last number of years. About a decade ago, Raine’s lab did an assessment of the relative amount of fast food and convenience stores compared with grocery stores in the city of Edmonton. They used fast food and convenience stores as a proxy for unhealthy high-calorie food, and grocery stores as a proxy for where you at least have the option of getting something healthier.

They counted 61 grocery stores and 761 fast food and convenience stores.

“We've got this exposure to food like we've never had before—that's the physical environment.”

Perhaps even more invasive than the availability of food is the constant bombardment of messages promoting unhealthy food. Raine noted that marketers of unhealthy foods and beverages spend more money in three days than governments trying to promote healthy eating spend in a year.

“And then we expect the nutrition education campaign that says ‘eat your vegetables’ to counteract that. It doesn't make a lot of sense.”

The uptick in motorized transportation means we don't walk anywhere anymore, and even well-meaning policies aimed at giving people greater access and increased choice to schools might be having a deleterious effect on physical activity.

Raine suggested open boundary policies that allow students to attend the school of their choice no matter where they live might be helping to drive the obesity epidemic too, as many kids are no longer walking to their neighbourhood school.

“Because even if we work out an hour a day, it doesn't necessarily make up for what you would have walking back and forth to school or work four times,” she said.

“It's not a single one of those pieces that causes the problem, it’s when you add them all up.”

While schools themselves do their best to teach kids about nutrition, Raine said students can walk out into the hallway to find a vending machine filled with high-calorie junk food.

“We're fighting against an environment that is really pushing us to consume more and to be less active,” she said. “We need to move beyond trying to teach people to cope with the environment, and change the environment.”

Raine said it can start in school. The U of A-led APPLE Schools program promotes the value of healthy eating and physical activity, but these programs need to be mandatory and need to be better funded.

Restrictions on the marketing of unhealthy food and beverages to children would also help, Raine said. Such restrictions have been in place in Quebec since 1980, and research shows those children consume significantly less fast food and have lower obesity rates.

She said subsidizing healthier foods and taxing high-sodium, high-sugar foods would also help, but added no one thing is going to solve the problem.

“We can learn from successes in tobacco control. Raising taxes, restricting access to minors or eliminating advertising—each one of those things individually did not make major changes to tobacco use, but collectively they changed the culture and denormalized tobacco use.”

As for what we can do, health law and policy researcher Timothy Caulfield recommends steering clear of fad diets.

“These diets gain traction because people do lose weight. But they’re losing weight because they pay attention to what they're eating for a little while,” he said.

“One thing I often say to people is, ‘Can you name a single diet that worked long-term?’ If that existed, we would know.”

He said what frustrates him most is that almost all of the marketing and pop-culture references to diet and exercise are tied to weight loss and aesthetics.

“The best diet is the diet that works for you, is sustainable, is healthy and is enjoyable. If it's not enjoyable, it's not going to be sustainable.”

U of A nutrition expert Sabina Valentine said one of the problems with fad diets is they often target foods we need, like protein, fat and carbohydrates.

“I don't want people going out and eating loads and loads of fat, which happens in the keto diet. In moderate amounts—perhaps 30 per cent of your diet—fat contributes to a healthy diet.”

Same with carbohydrates, which Valentine said have got a bad rap in the last decade, largely because of sugar.

“Here are all these people avoiding carbohydrates, but they contain fibre, which plays an important role not only for decreasing health risks—like cancer and heart disease—but also for making you feel full.”

Rather than restrictive fad diets, Valentine said healthy eating should focus on making common-sense decisions and not being too hard on yourself after enjoying dessert at a party, for instance.

“Learning how to include some of those yummy things in your diet kind of gives you that stick-to-itiveness,” she said.