Physiotherapists have made great strides in treating knee injuries without surgery, says U of A researcher. 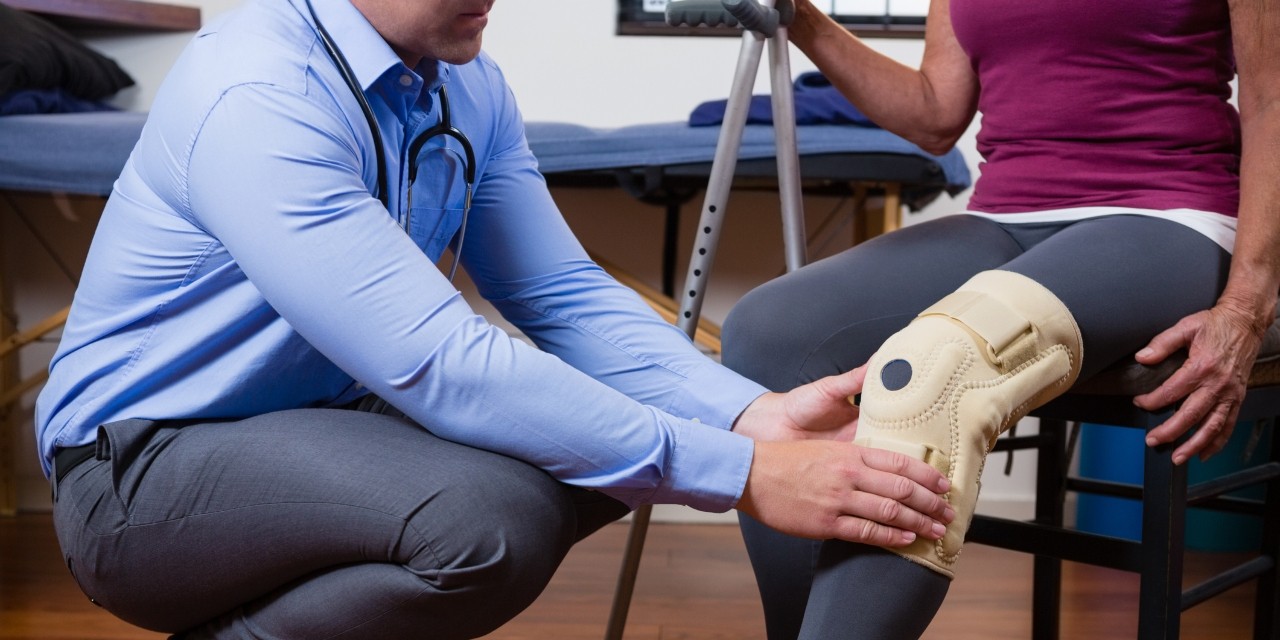 Most knee injuries don't need surgery to heal, and wearing braces for a long time can actually be counterproductive, according to a U of A physiotherapist and researcher who explains the most common ligament injuries and how they are treated. (Photo: Getty Images)

Those who diligently adhered to a full-time knee brace in order to put the ACL graft in the best position to heal were often returning for check-ups with stiff knees. Meanwhile, those who were neglectful in their use of a brace were actually getting back on their feet faster.

“What they found was it took people who actually adhered to this idea of staying in a brace longer to progress through rehab because they ended up getting a really stiff knee,” said Christina Le, a physiotherapist at the Glen Sather Clinic and PhD candidate studying knee injuries at the University of Alberta.

“This research pointed us toward the idea that moving the knee around isn't a bad thing after surgery, as long as you're doing it in a safe way.

“And it opened up the field to the idea that perhaps there's a bigger role for physios.”

Expanding the role of physiotherapists and the value of hard work was given a very public boost thanks to Edmonton Oilers captain Connor McDavid’s dramatized non-surgical recovery from a bad knee injury.

“I've already had patients comparing themselves to McDavid, and they don't have the same injuries,” said Le, who works out of the Faculty of Rehabilitation Medicine.

Le said tears like the one McDavid suffered to his posterior cruciate ligament (PCL), which prevents the thigh from sliding off the front edge of the shin bone, are fairly uncommon and are, in most cases, managed without surgery.

What they probably are suffering from is a torn ACL, which Le said is the most common knee ligament injury.

“The most common way of injuring your ACL happens when the foot is planted in a funny way, the knee twists, and then the knee gives out like you see in football, soccer or basketball,” she said. “They’re almost always complete tears, and 70 to 80 per cent are non-contact.”

Unlike other ligament injuries, ACL injuries are almost always full tears and because of a poor blood supply, they don't have a great ability to repair themselves, Le said.

“Just the way the ACL is oriented in the knee, it's very rare for the two ends to find their way back to each other.”

In these cases, Le said surgery is always on the table, but not always a given. She said some things to consider include what activities you want to get back to and the prevalence of any pre-existing conditions like osteoarthritis. In patients with knee osteoarthritis, evidence suggests surgery can exacerbate symptoms linked to this joint disease.

“If you have a 16-year-old kid who really wants to go back into competitive soccer or you're an elite athlete, nine times out of 10 they will be reconstructing their ACL,” she said. “But if you compete at a recreational level, especially in sports without pivoting and twisting, with some dedicated rehab you can get away without an ACL.”

The next most common knee injury is to the medial collateral ligament (MCL), which runs along the inside of the knee.

Le said the majority of MCL injuries are contact injuries where the athlete’s foot is planted and they’re tackled from the outside of the knee, which causes the knee to bow inwards.

“We see this a lot in football and rugby players,” she said.

Unlike the ACL, the MCL has the capacity to heal and very rarely do MCL tears need surgery, Le noted.

“It's actually quite rare to find a complete MCL tear; most of them are at least hanging on by something, which means that it can facilitate a little bit of its own healing.”

To get athletes back on their feet regardless of surgery, Le said physiotherapists begin by reverse-engineering the recovery from the sport the athlete is hoping to get back to.

“If we need to do that, then we must strengthen the quadriceps, the hamstrings and the glute muscles to endure all of the forces that you would put through the knee during sport.”

Before that can happen, the swelling needs to subside, the patient needs to be walking normally and the range of motion of the injured knee needs to be equal to the uninjured side, Le said.

Once those three conditions are met, some common strengthening exercises physiotherapists will consider are variations of three resistance training standbys—squats, lunges and deadlifts.

“I think I used to underestimate patients when I first started in rehab medicine,” she said. “I was OK with just them doing bodyweight exercises or things with 10- or 15-pound dumbbells.

“The big change in the field is asking a lot more of our patients in terms of how much strength we want them to regain before we send them back into high-impact activities.”

From that point on, Le said it’s important to allow the patient to help guide their recovery.

“Asking ‘How does it feel?’ should help physiotherapists and patients collaborate to progress their rehab versus using X-rays or MRIs to continually see if the ligament is slowly starting to heal,” she said.