Why pets and cannabis don’t mix

Veterinary experts warn cannabis can be a fatal poison to dogs and cats. 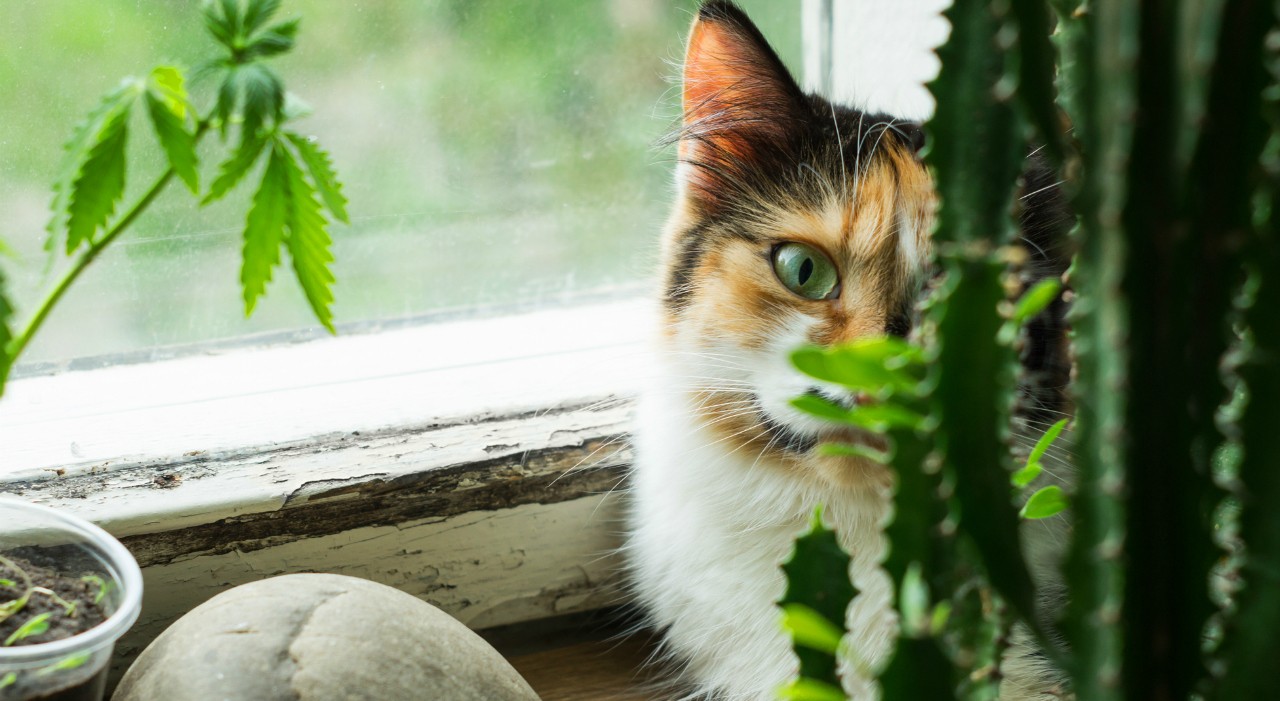 Ingesting cannabis can be a pleasant experience for people but for dogs and cats, it will almost certainly require a visit to the vet.

In the hype around marijuana legalization, and the variety of cannabis products that will soon abound, it may be easy to forget that THC is toxic for pets.

It takes only a small amount to cause symptoms of poisoning in a dog or cat, said University of Alberta animal science instructor Connie Varnhagen.

"Dogs have so many more cannabinoid receptors in their brain and throughout their body,” she said, and that sensitive network can simply be overwhelmed by THC, the psychoactive cannabinoid in marijuana.

“They can die from the overdose. People get high; dogs get poisoned,” said Varnhagen, who is also a veterinary nurse and president of the Alberta Helping Animals Society.

Cats are also susceptible to cannabis poisoning but are less likely to ingest it, she said. They are far pickier eaters, don’t generally have a sweet tooth and aren’t particularly attracted to unfinished joints or dried bud.

Although there have been no known fatal cannabis overdoses in humans, dogs in rare cases have been known to succumb when they ingest large amounts, said Natasha Russell, an Edmonton veterinarian and president of the Edmonton Association of Small Animal Veterinarians.

“The danger is more acute for smaller dogs," she said. “Small dogs are especially sensitive to becoming hypothermic, so their body temperature can get too cold, and the body starts to change in ways we don't want.”

When dogs are admitted to an animal hospital with THC toxicity, she said, “We keep them well hydrated in a safe, enclosed space where they can't fall off anything, and then they just have to sleep it off.” Recovery usually takes between 12 and 24 hours.

Veterinarians will rarely induce vomiting, said Russell. However, if there are other accompanying toxins involved—such as chocolate in a brownie or the sugar substitute Xylitol—dogs may be made to purge, she said.

In advance of legalization last month, the Canadian Veterinary Medical Association (CVMA) issued a warning to pet owners explaining what can happen when pets ingest THC. It pointed to a fourfold rise in reported toxicity in dogs following legalization in Colorado.

The increase may be due in part to a growing social acceptance of the drug, said Varnhagen, and a willingness among pet owners to come clean when their pets get into their cannabis.

She warned that even second-hand smoke can cause respiratory harm in pets, which have “smaller lungs and much faster metabolism. They're much less able to cope with smoke of any kind."

The CVMA recommends smoking cannabis outdoors or away from pets.

The promise of CBD medications

While the risk of THC pet poisoning is one obvious downside to marijuana legalization, there is huge therapeutic promise in the plant’s other major cannabinoid—CBD, or cannabidiol, said Varnhagen.

As is the case with humans, there is growing anecdotal evidence of CBD’s effectiveness for anxiety, various forms of pain and inflammation, epilepsy and even some forms of cancer. Last summer the U.S. Food and Drug Administration approved the use of CBD to treat human epilepsy, the first time it has approved any cannabis-related drug.

So far Health Canada has not approved any veterinary medicine with CBD, which has prompted some to use either unregulated or human products, such as tinctures and oils, on their pets, said Varnhagen. Although the law may soon change, veterinarians are currently prohibited from recommending CBD.

"The big problem is there's very little quantitative research on it, and veterinarians are not part of the conversation,” said Varnhagen.

“We can't even legally talk about it with clients,” unless they choose to bring it up themselves, she said. "A lot of our clients will say, 'I put some CBD oil on my cat.' You can't say much, but I do say you have to be very careful about the essential oil that it's in, because it can be toxic."

Russell agreed giving pets CBD oil unapproved for animals could be risky, even if the cannabinoid itself is unlikely to cause harm.

“I'm worried about people giving pets oils—that's where we will likely see an increase in toxicity cases,” she said, noting that human CBD products may still contain low levels of THC. "It's hard to find those CBD products that are truly THC-free."

Until cannabis-based medication for animals is legalized, both Russell and Varnhagen urge pet owners to talk to their vets first about CBD therapy before reaching for the oil.

“I want my clients to talk to me about it,” said Russell. “Even if we're not allowed to prescribe it, they should be getting information about it from us, and only us. Even though our hands are tied for now, that's going to change quite soon."

Why pets and cannabis don’t mix