Why some people think COVID-19 heralds the apocalypse

For some fundamentalist Christians, the pandemic is far more than a public health threat, says U of A religious studies instructor. 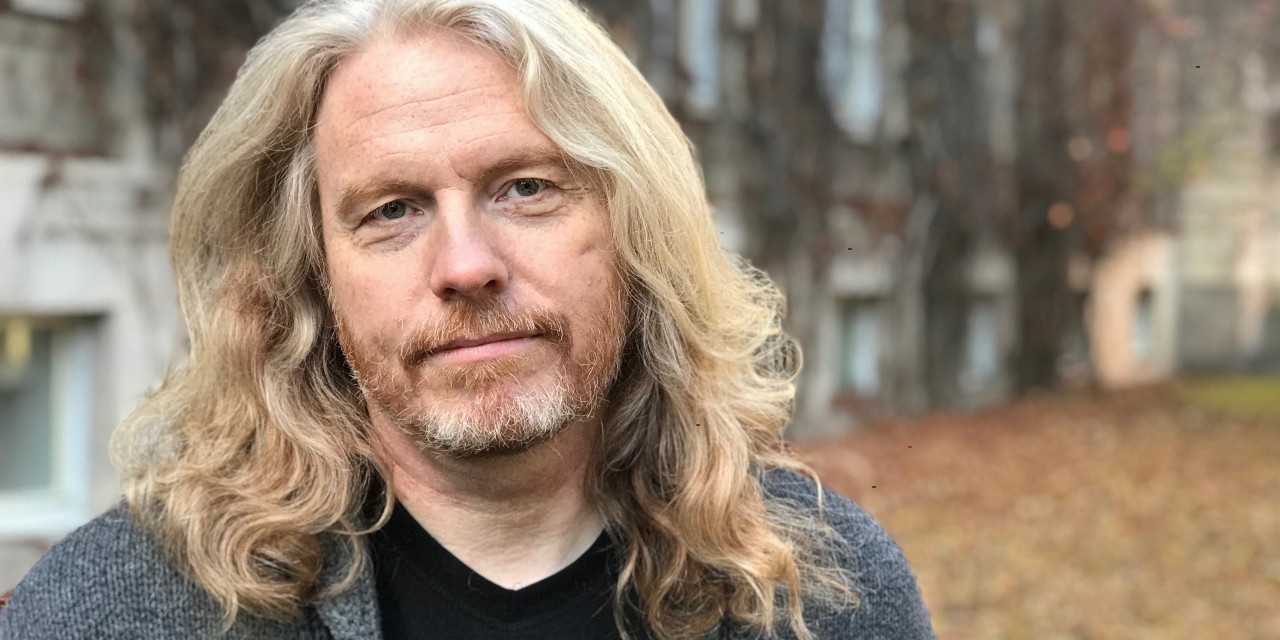 Talk of the apocalypse during the COVID-19 pandemic is the latest example of ideas that have been around for millennia, says U of A religious studies instructor Glen Fairen, who teaches a course on the history of apocalyptic ideas. (Photo: Geoff McMaster)

For some people of faith, the spread of COVID-19 is more than a serious health threat—it heralds the end of the world as we know it.

As certain fundamentalist Christians will tell you, especially those of the Rapturist variety, the Bible’s Book of Revelation forecasted the pandemic 2,000 years ago, and one of the four horsemen of the apocalypse—the pale one representing pestilence—is now figuratively galloping across the globe in advance of the Christ’s return.

Apocalyptic discourse around COVID-19 is a trend Glen Fairen is watching closely. A University of Alberta instructor of religious studies teaches a course on the history of apocalyptic ideas called, “The Ends are Nigh: Apocalypses in antiquity and the modern world.”

“Next year when I'm teaching the apocalypse class again, I’ll have a whole section on coronavirus—how can I not?” said Fairen, who calls himself an “evangelical atheist”—raised in a fundamentalist family but turned away from religion in his late teens.

“Before this outbreak, my students would ask, ‘How do people believe this stuff?’ Well, now I tell them, this is how.

“If you see everything in terms of God's control, as many do, then you have to be wondering, what's he up to right now? You view everything with more meaning than it may really have.”

Fairen points out that Christian social media threads, such as #Jesusiscoming on Twitter, are full of end-times trumpets blaring, and Watch Jerusalem editor-in-chief Gerald Flurry recently argued the coronavirus is a sign from God trying to steer humanity back on the right path before the ultimate clash between the forces of good and evil.

Some of this rhetoric is seeping into mainstream media, if sometimes only in tongue-in-cheek ways, as in headlines reading, “No, this is not the apocalypse,” said Fairen.

The fear of Armageddon has enough currency in the United States that the Washington Post reported on biblical scholar Tom Meyer’s pronouncement that while the coronavirus pandemic may not be the end of days quite yet, it is nonetheless “a wake-up call to the world to get right with God now through Jesus.

"We should think of the current outbreak as a preview of things to come, the slightest taste of what life will be like during the Great Tribulation as recorded in the Book of Revelation," Meyer said.

End-times narratives have been popular for millenia, said Fairen, but waned somewhat with the advent of science and the Enlightenment.

“Especially in the West, they were really losing traction in the earliest part of the 20th century, as people thought they were too civilized for it. And then boom, we have the First World War,” which upended common assumptions about the place of God in the world.

Decades later, Late Great Planet Earth by Hall Lindsey compared end-of-time prophecy with then-current events. It became the most popular non-fiction book of the 1970s, selling 28 million copies by 1990. It was also made into a film narrated by Orson Welles.

“It made the apocalypse big business, and now we're kind of reaping that,” said Fairen.

That book, and numerous other films and television series since, marked the transition of apocalyptic thinking from fringe religious belief to fundamental tropes everyone is now familiar with, such as an existential threat posed by everything from aliens to zombies to nuclear weapons.

Talk of the apocalypse surfaced alongside previous viruses, such as SARS and H1N1, as well as after 9/11. It also emerged during the Y2K panic 20 years ago, when many feared the world’s computers would shut down—“the most disappointing apocalypse I ever experienced,” said Fairen.

The fear is far more prevalent this time, however, perhaps because of extreme measures public health officials are taking to limit the movement of citizens, but also because of the power of the internet to spread ideas, said Fairen, adding that the delusional contagion in some ways mirrors the virulence of the pandemic.

“The fact that we have the internet, and the fact we're all connected all the time, feeds upon itself and is perhaps contributing to this idea of more apocalyptic narratives.

“For folks who are in this lane of religious thinking, especially those of militant Christian ideology, this is all just dog whistles. It confirms what they knew was happening anyway, because they've been waiting for it their whole lives.

“There's something very satisfying in seeing this ancient narrative spun into an interpretation of modern circumstances. For some, it adds meaning to life.”

Why some people think COVID-19 heralds the apocalypse