Why some words are so darn funny

U of A researchers are cracking the science of what makes us crack up, one word at a time. 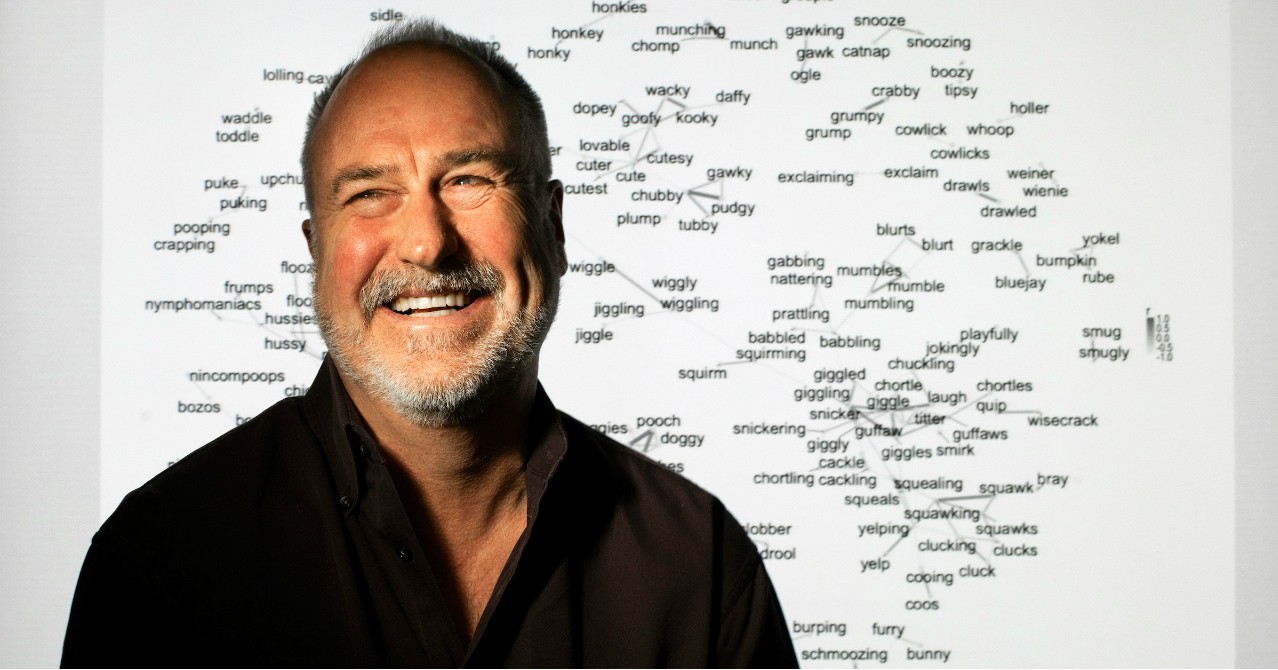 Chris Westbury looked at why some words make us laugh, and found the funniest words in the English language include "upchuck," "guffaw" and "jiggly." (Photo: John Ulan)

Upchuck, bubby, boff, wriggly, yaps, giggle, cooch, guffaw, puffball and jiggly: these are the top 10 funniest words in the English language, according to a new study by University of Alberta psychology experts.

“Humour is, of course, still personal,” explained U of A psychologist Chris Westbury. “Here, we get at the elements of humour that aren’t personal—things that are universally funny.”

The researchers wanted to understand what it is about certain words that makes them funny. Westbury and his collaborator, U of A computing scientist Geoff Hollis, began their work based on a study from the University of Warwick that had participants rate the humour of nearly 5,000 English words. Westbury and Hollis then modelled these ratings statistically.

“Our model was good at predicting which words participants would judge as funny, and to what extent,” explained Westbury.

The findings show there are two types of predictors to gauge how funny a word is: form predictors and semantic predictors.

Form predictors have nothing to do with the meaning of the word, but rather measure elements such as length, letter and sound probabilities, and how similar the word is to other words in sound and writing.

For example, the researchers found that the letter K and the sound “oo” (as in “boot”) are significantly more likely to occur in funny words than in words that aren’t funny.

Semantic predictors—taken from a computational model of language—measure how related each word is to different emotions, as well as to six categories of funny words: sex, bodily functions, insults, swear words, partying and animals.

The study, “Wriggly, Squiffy, Lummox, and Boobs: What Makes Some Words Funny?” was published in the Journal of Experimental Psychology: General.

Why some words are so darn funny