Why static stretching may not be as effective as you think

Holding stretches can weaken muscles but may be worth it if you need the flexibility, say U of A experts in the first of our two-part series on stretching. 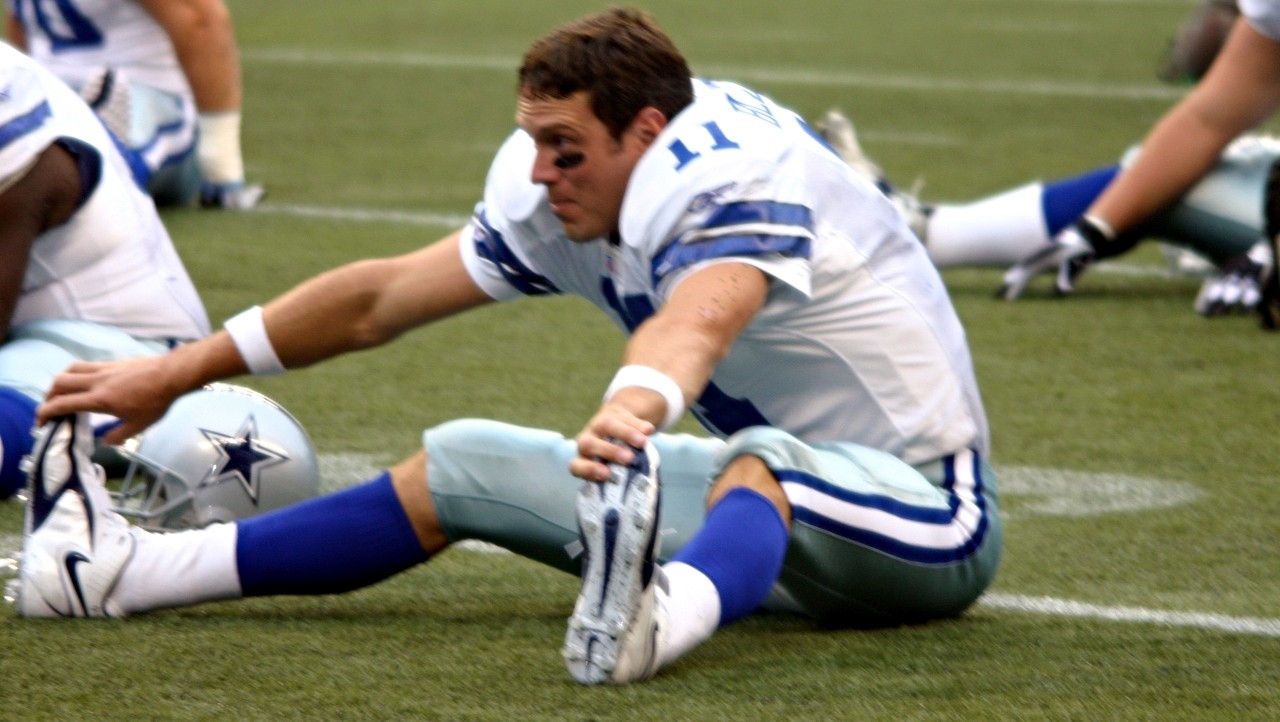 If pro football players think a pre-game stretch is necessary, it's not surprising how many people aren't aware that static stretching has drawbacks, says U of A health-trend skeptic Timothy Caulfield. (Photo: Chad Riley via Flickr, CC BY-ND 2.0)

The thing about professional football that renowned health-fad skeptic Timothy Caulfield finds most incredible isn’t the feats of athleticism, the big hits or even the moments of grace that emerge from the chaos—it’s the pre-game stretching.

“The research shows these million-dollar football players might be increasing their chances of injury and probably decreasing their performance capabilities, and yet there they are doing static stretches,” said Caulfield, a University of Alberta health law professor and the host of A User's Guide to Cheating Death.

For a decade, the research has been clear: static, hold-the-pose stretches prior to athletic activity diminish performance and might even open athletes up to injury.

“I’ll talk about it to the general public and people almost refuse to believe it—it feels good, it has intuitive appeal, people like to believe it works—but the big-picture bottom line is the evidence concerning static stretching is way more equivocal than people realize,” said Caulfield.

When static stretching may help

Loren Chiu, a U of A biokinesiologist, agrees the research is conclusive that static stretching of a muscle makes it temporarily weaker.

However, if you aren’t flexible enough to perform the task properly, he said static stretching might not be a bad idea.

Chiu added there is some evidence that people with less ankle flexibility have a higher risk of getting jumper’s knee or an anterior cruciate ligament (ACL) injury.

He explained when a volleyball player, for instance, lands from a jump, if their ankle does not have a full range of motion, the stress created ends up being transferred to another joint—typically the knee or hip—and that additional wear and tear can lead to an injury down the road.

“If I’m working with someone who is at risk of those types of problems and theoretically I could reduce their risk of injury by stretching, I recommend that they stretch,” he said.

Chiu added that nobody has effectively studied how static stretching before a workout affects the adaptations in the longer term.

And though stretching may yet prove to have a positive long-term effect on exercise, Chiu is quick to point out a growing school of thought that muscles become tight not because of flexibility, but because they are weak.

“Weak muscles may be overused and stiffen up, but strength allows muscles to be more pliable,” he explained.

Chiu’s team found that ankle flexibility increased in study participants who strengthened their calf muscles compared with those who just stretched them.

For anecdotal evidence, Chiu pointed to weightlifters who, despite a general disinterest in stretching and muscle-bound myths from decades past, are typically quite flexible.

“That feeds the theory that when a muscle is very strong, it can relax when it is called upon, as opposed to a muscle that is always working very hard that will tighten up and prevent the joints from going through their full range of motion,” he said.

Why static stretching may not be as effective as you think