Why the world needs the humble glass sponge

New research reveals how too much sediment in water prevents the creatures from serving their vital environmental purpose. 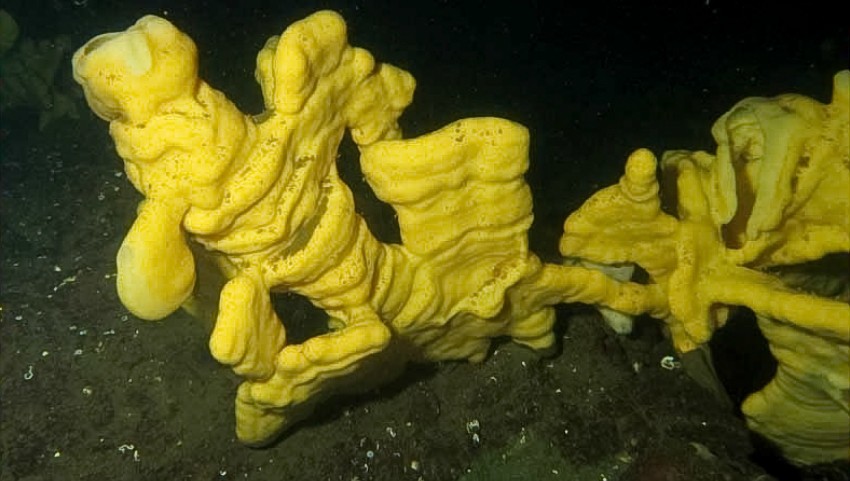 Glass sponges filter water as they feed, but too much sediment in the water can cause them to stop feeding, which could affect their health, according to new UAlberta research. (Photo: Wikimedia Commons, CC BY 2.0)

Recent research from the University of Alberta reveals how fishing practices like trawling may be affecting the health of sponges that act like natural water filters.

Sponges constantly filter the water they live in, feeding on bacteria and improving the water quality, Leys explained, adding she knows of a sponge reef so dense that it filters 170 metres of water column each day.

But when water has suspended sediment, a sponge struggles to filter it.

The new study, conducted at the Fraser Ridge sponge reef in the Georgia Strait in British Columbia, provides the first evidence of the sponges’ response to suspended sediment in its natural environment. The research indicates that, in an environment with suspended sediment, sponges will stop filtering water—in other words, stop feeding—to prevent harming themselves. But prolonged lack of feeding likely also results in poor health for sponges, Leys noted.

Along with filtering water, sponges are a source of food for fish and other sea creatures, and they give off ammonia that acts as a fertilizer for plankton. Sponges also provide a habitat for other animals that take up residence in their nooks and crannies.

“It is a very barren, not-healthy spot without this kind of habitat,” said Leys. “Where there’s good water flowing, there should be sponges.”

Why the world needs the humble glass sponge