With a coronavirus vaccine likely years away and other viral threats emerging every year, shoring up health care for vulnerable groups is critical, say experts. 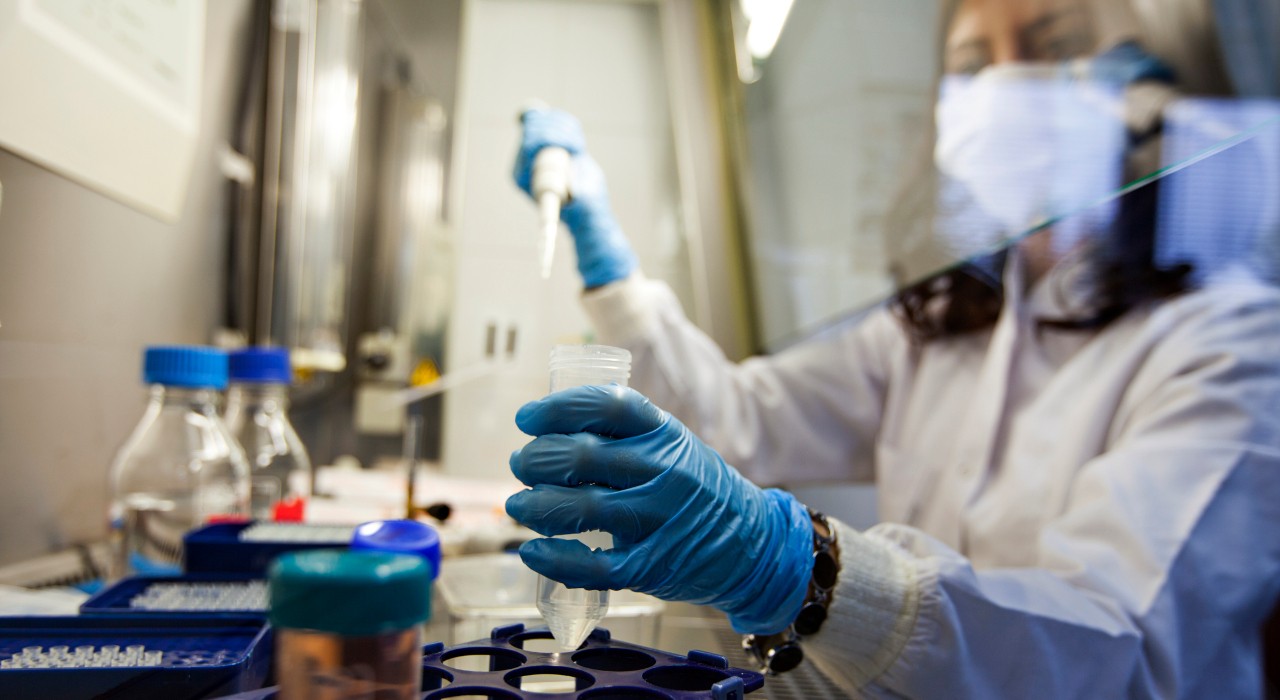 A vaccine against COVID-19 may be years away, but research on antiviral drugs to lessen the severity of infection is already showing promise, according to a U of A virologist who says practices like handwashing and physical distancing would also help stem outbreaks of other viruses we live with every year. (Photo: Getty Images)

Measles infected people for 1,500 years, killing more than one million people annually during the 20th century alone before John Enders and Thomas Peebles isolated the virus in 1954 and developed a vaccine nine years later. Four decades onward again, the disease was finally eliminated from North America.

But for every disease caused by a virus, such as measles, or even mumps and rubella, where a vaccine was found, there’s HIV, malaria, hepatitis C and Zika for which a vaccine remains elusive.

Despite the hope surrounding finding a vaccine to halt the pandemic, top World Health Organization official Michael Ryan gave the world a reality check at a regular press conference on May 14 when he suggested that “this virus may never go away.”

University of Alberta virologist David Marchant, who has spent his research life looking for a treatment for the dangerous respiratory syncytial virus (RSV), agreed, adding vaccines aren’t a certainty.

“I’m not optimistic that we’ll find a vaccine in the next few years because we have so little data on the coronavirus,” said Marchant, who holds the Canada Research Chair in Viral Pathogenesis. “In fact, I propose that this virus will become endemic.

“Viruses aren't things we can fight; they're things you learn to live with, treat and mitigate.”

Marchant believes treatments in the form of antivirals that slow down virus replication or prevent the virus from entering cells will be found, or at least reappropriated from existing antivirals like remdesivir, which was developed to fight Ebola.

“For this, I am quite optimistic.”

Learning to live with viruses

And while the medical community's top priority is a remedy, Marchant said the rest of us need to focus on living with and mitigating the risk of COVID-19. That means understanding viruses are part of everyday life. Even respiratory viruses, long thought to be the sole domain of the winter months, can be found year-round.

Marchant pointed to a 2018 study in which researchers swabbed the nostrils of visitors entering a New York City tourist attraction over the summer. The swabs showed that 7.2 per cent of the visitors tested positive for a litany of respiratory viruses including common ones like the rhinovirus, which leads to the common cold, and the coronavirus.

He said the study’s sampling also detected low rates of influenza, parainfluenza and RSV, suggesting that these viruses may weather through to the following flu season by replicating at low rates in places like the nasal passages of the general public.

“We need to be reminded that we live throughout the winter with some potentially life-threatening viruses,” said Marchant, whose lab’s main focus, RSV, which masquerades as a common cold or flu, can claim up to 200,000, mostly young, lives in a bad year.

“More than 200,000 children die annually of diarrhea and we don’t hear anything about that, and that doesn’t count the hundreds of thousands killed by influenza and paraflu on top of that.”

He noted nowhere was this notion that we live with viruses more apparent than in Alberta emergency departments this winter.

“We talk about not wanting to overrun the health system, but children's emergency wards across Alberta were overrun this whole winter with sick kids in what was a particularly bad year,” said Marchant, a member of the Women and Children's Health Research Institute. “The Stollery dealt with this bad respiratory virus year with aplomb and should be applauded for that.”

He added if there's any good to come from living through the pandemic, it's that the public is learning there’s a large portion of the population who are highly vulnerable and that the preventative habits we’ve formed with the COVID-19 pandemic—handwashing, physical distancing, staying away when you’re sick—are all habits that should be recognized during the flu season.

“For instance, if we are at the peak of an influenza or RSV, let's practise social distancing, let's get those six-foot lines down in the grocery store, let's not shake hands too much and be particularly careful and have quarantine measures in place around hospitals and care homes,” he said. “Sometimes society has to give health care a helping hand and allow it to prepare, then it's time for society to get on with life.”

The problem with long-term care

Unfortunately, the care home lessons are being learned the hard way, said John Church, an expert in the politics of the health-care system. About 80 per cent of Canada’s COVID-19 victims lived in long-term care facilities, which were helpless in fending off the coronavirus in these communities.

“We're basically seeing laid bare before us the significant deficiencies in our health-care system, most of which are attributable to years and years of reduced funding by governments of all political stripes across the country,” he said.

In 2018, Church, along with political science colleague Amy Gerlock and nursing professor emerita Donna Smith, analyzed 18 public inquiries and reports into United Kingdom and Canada accountability failures. The Canadian examples they analyzed included the Walkerton E. coli outbreak that killed six in 2000; the inquiry into the 1994 deaths of 12 newborns at a Winnipeg pediatric cardiac unit as a result of inexperience and ignored warnings about incompetence; the 2003 SARS outbreak in Toronto, where questions arose about who governs during a crisis; and the tainted blood scandal of the 1980s that saw thousands of donated blood recipients infected with HIV and hepatitis C.

The researchers concluded that policies that prioritized financial efficiency over quality and replaced direct regulation by government with self-reporting by industry precipitated adverse events—including multiple deaths—in each disaster.

Eerily similar to many of the public inquiries Church analyzed is the ease with which the coronavirus is decimating weakened long-term care facilities.

“The current COVID-19 pandemic once again reminds us of the lessons not learned from past events in which many individuals have either been injured or killed because we failed to learn from past mistakes.”

Church said the federal government received a report in 2006 (post-SARS) warning that a major pandemic would come again and that we needed to start preparing for this day. However, successive federal governments largely ignored the recommendations because of an overriding concern with cutting costs.

He noted we knew from past experience that conditions in long-term care facilities were less than ideal.

“If we learn anything from this moment, it should be that preparation is an investment worth making,” he said.

He added, “The fact of the matter is that COVID-19 is demonstrating how essential having a properly functioning health-care system is.”