From avoiding lower back pain to burning more calories and improving memory, weightlifting offers wide-ranging benefits for body and mind, say U of A experts. 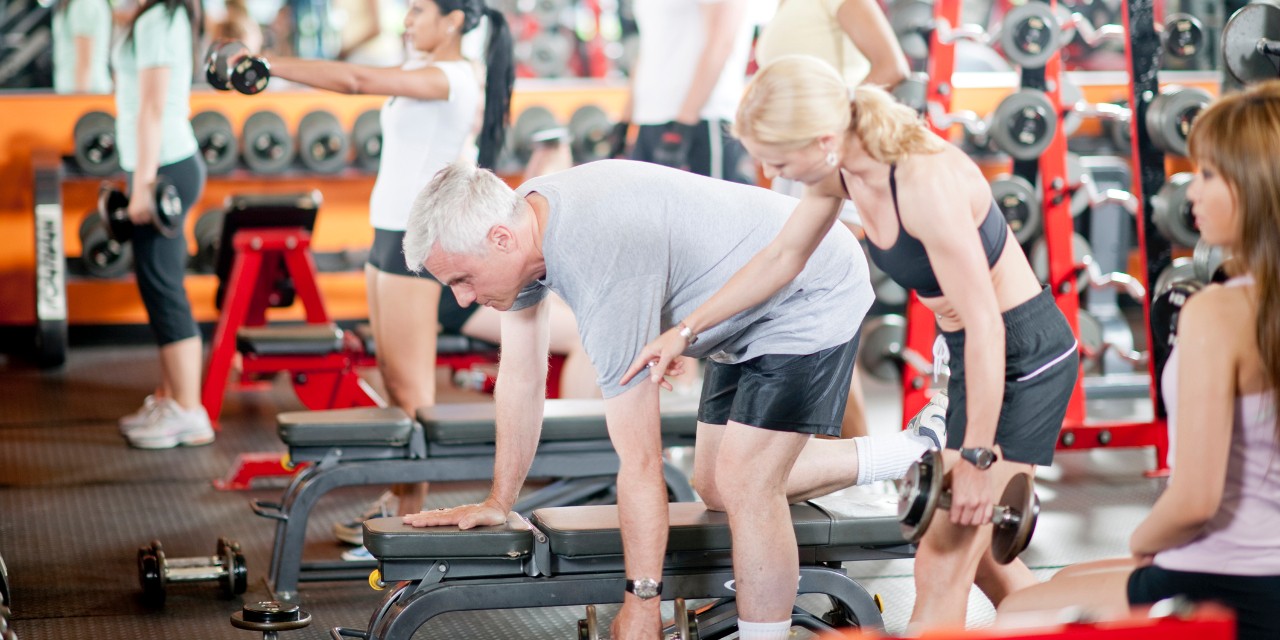 Weight training offers physical and mental health benefits at any age, but is especially important to help older adults maintain muscle mass, say U of A experts. (Photo: Getty Images)

While research shows little or no link between exercise and any meaningful long-term weight loss, that doesn’t mean exercising, particularly resistance training, doesn’t provide a long list of health benefits, both physical and mental.

“From a scientific perspective, we probably don't really know how to get people to lose weight,” said University of Alberta exercise physiologist Loren Chiu. “But the importance of exercise goes beyond weight loss, particularly lifting weights.”

Chiu said the many benefits to be gained from resistance training begin with simply building muscle needed to carry out daily activities, while avoiding lower back pain.

“There are certain muscles in the lower back, shoulders, ankles and hips that are really weak,” said Chiu. “We typically don't go to the gym and train those muscles specifically, but if those muscles are weak, they might give out doing such routine tasks as carrying groceries or shovelling the snow.”

This need for resistance training is particularly true for people as they pass through mid-life and into their old age, according to U of A physical activity and health promotion researcher Kerry Mummery.

The current dean of the U of A’s Faculty of Kinesiology, Sport, and Recreation previously worked in Australia on a project that put female seniors with no background in strength training through a regimen of heavy weightlifting to measure the effects it had on their bone-mineral density.

The research showed that while the damage done by osteoporosis couldn’t be reversed, resistance training halted the bone deterioration and even opened doors to benefits that went beyond the physical.

“It affected their self-concept,” said Mummery. “They felt so empowered by doing this that there was almost a glow.”

The importance of weight training is finding its way outside of gyms and labs, and is gaining momentum among lawmakers. For instance, Great Britain recently updated its physical activity guidelines to put greater emphasis on strength training for people as they age.

Mummery said as people age, they tend to put disproportionate importance on cardiorespiratory fitness, when their focus should really be on keeping their muscle mass—which is actually what burns calories. Generally, a pound of muscle burns an estimated six calories a day at rest, whereas a pound of fat only burns about two calories a day.

“As people age, they can erroneously use scales to think that everything's fine, because they weigh 185 pounds (84 kilograms), and they've weighed 185 pounds for the last 30 years,” said Mummery. “But because fat is less dense than muscle, 185 pounds can look very different depending on the changing distribution of muscle and fat. More emphasis needs to be placed on the maintenance of muscle mass as one ages.”

Benefits to body and mind

And while the consensus is that resistance training works wonders for your body, it might even be more important for your mind.

Claire Scavuzzo, a U of A post-doctoral fellow in psychology, said there's very strong evidence to suggest that exercise leads to better learning, better memory and the formation of more blood vessels in the brain.

Much of this performance increase comes courtesy of the brain’s fondness for lactate or lactic acid, which builds up in situations like weight training, where energy for oxygen-starved muscles is needed faster than the body can produce it.

“Lactic acid has this really bad rap of being a painful part of exercise, but there's a growing body of literature that suggests lactate acts as a signal to the muscles that they need to take a break and begin repairing themselves following exercise,” said Scavuzzo.

She said the cells in the brain, the neurons in particular, prefer lactate as an energy source and will consume it for the period of exercise, and for some period afterward.

Scavuzzo’s lab examines the effect lactate has on sleep. She explained one common theme that crops up in the exercise literature is that people who exercise have longer periods of slow-wave sleep responsible for restoring energy and consolidating memories.

“This effect was first noticed in marathon runners on the day after a marathon,” she said. “Serendipitously, we show that you can just drop lactate into the brain and that will amplify the amount of time the brain spends in the slow-wave periods.”

Scavuzzo said the brain, much like the body’s muscles, will use this slow-wave sleep to start a process known as super compensation, in which the brain begins storing vast amounts of energy.

“If you think of the brain as a muscle, it all kind of seems parallel that we'd have some sort of similar system between the two.”

Scavuzzo added that because lifting weights is an intensive motor activity, more systems in the brain are expanded compared with aerobic exercise like cardio training.

“The more we do, especially when more weight is added, the more we have to recruit more motor neurons to activate more muscles to push this extra weight.”