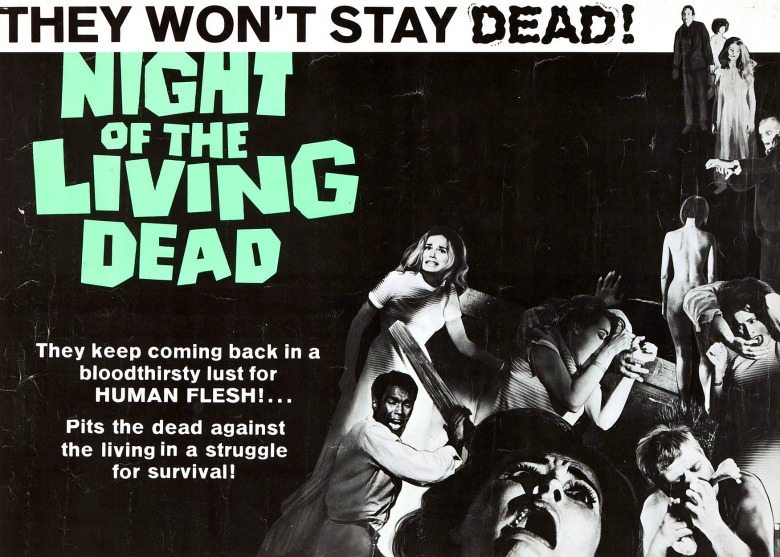 (Edmonton) You can’t keep a good zombie down—or a badly decomposing one, for that matter.

They’ve been lurking around for 45 years, since filmmaker George A. Romero redefined what it means to be a zombie in his low-budget classic Night of the Living Dead. But this year, zombies have shambled their way into pop culture like never before. Swarming hordes of the ghouls gave Brad Pitt a box-office boost, driving the worldwide gross of the apocalyptic World War Z to more than half a billion dollars. On TV, the fourth-season premiere of the zombie gore-fest The Walking Dead drew a record 16.1 million viewers. And with retailers selling zombie costumes in all sizes and stages of decay, there will be plenty of “walkers” roaming neighbourhood streets this Halloween.

So what’s behind our undying fascination with the living dead?

“There’s no negotiation with a zombie,” says Bill Beard, professor in the Department of English and Film Studies at the University of Alberta. “Zombies are human beings whose humanity is gone, human beings interested only in predatory feeding on other human beings.”

Beard says that simple concept of the zombie, for all its clumsy, exaggerated ridiculousness, has kept authors and filmmakers coming back to the fertile ground Romero tilled first in 1968 and again 10 years later with the sequel Dawn of the Dead.

“Night of the Living Dead used zombies to say a lot about families. The horrifying thing about that movie was the idea of families getting infected, loved ones coming back as zombies, parents and children devouring each other. It was a picture of the unconscious, about what can go on in families that isn’t greeting-card sentimentality.

“Dawn was brilliant because it showed how zombie behaviour could be applied to consumer behaviour—zombies wandering around a shopping mall with a faint recollection that this place was somehow meaningful to them.”

Beard points out a “profound alienation of humans” that runs through the zombie-apocalypse mythology—the separation between small groups of humans and the zombies that vastly outnumber them.

“There’s a paranoid, survivalist mentality, an imbalance of not understanding a hostile world of others trying to get you. The culture or society that is your basis for understanding the world is dead. There are only a few people you can trust.

“And of course, anyone who dies comes back, then there’s the necessity to blow their head off. The day may come when you can’t even trust your nearest and dearest.”

That sense of isolation and impending loss may explain why Dawn of the Dead was remade 26 years after the original for a new target demographic.

“Generations X and Y seem to have an additional element of automatic alienation and skepticism. The zombie apocalypse is without politics. It justifies a kind of radical alienation, a sense that things are hopeless. The enemy is something you can’t influence and can’t defeat, finally, because in a zombie apocalypse you’ll never wipe out all the zombies.”

Beard also suggests that the zombie apocalypse plays to generalized fears about the worst-case scenarios of things like climate change.

“There won’t be any electricity, and people will be reduced to little groups of close friends and loved ones, in makeshift alliances under conditions of extreme duress. There’s a psychological state of uncertainty that society will form any barrier against those scenarios.”

No end in sight

As for how long the current zombie craze will last, Beard says he doesn’t see it going away anytime soon. And if there’s a secret to the zombie’s enduring appeal, Beard says it likely lies in the way the zombie embodies two contradictory ideas at the same time: fear and pleasure.

“Like vampires, they’re the most fashionable. They have more penetration in pop culture. The zombie is more crude, more raw, more violent than the vampire, the monster you desire. The zombie is a figure of horror, but also a reduction to a parody. You can laugh at how ridiculously horrifying the zombie looks, like a game, staying detached despite the unsettling psychological associations.

There's also a primal pleasure that comes from seeing zombies dispatched in ever more creative and gory ways, says Beard.

"What's satisfying for spectators is seeing humans reduced to the most brutal, primitive, violent means possible to kill zombies.

“The convention of the zombie can be used to express, in a very non-literal way, underlying tensions and forces in society. And I think that’s still the best way to read it.”