Why you shouldn’t kill your friendly neighbourhood spiders

They may creep us out, but spiders in Alberta are mostly harmless to humans and helpful to the ecosystem, says U of A expert. 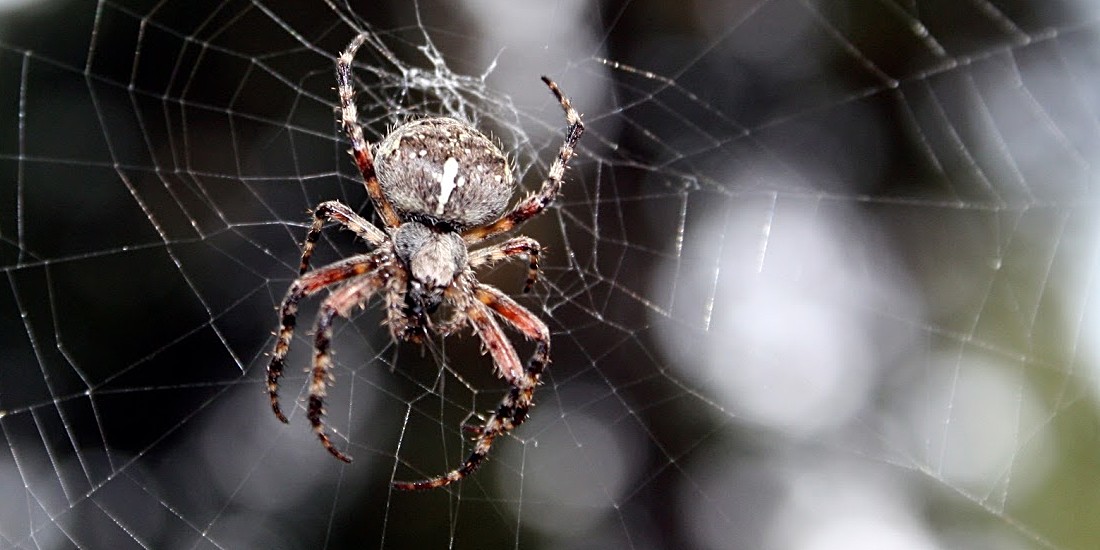 Araneus saevus—also known as the "fierce orb weaver"—may look nasty, but like most spiders found in Alberta, it poses no threat to humans and is good for the ecosystems it lives in, says a U of A expert who recommends leaving the eight-legged creatures and their webs alone. (Photo courtesy of Jaime Pinzon)

When that itsy-bitsy spider climbs up the spout, resist the urge to stomp it out—even if it makes your skin crawl.

The leggy bugs get an unfair reputation as being poisonous and creepy, when in fact most of them, particularly those native to North America, are harmless to humans and good for the ecosystem, said a University of Alberta expert.

“They aren’t bad at all, there’s just this innate fear we have of spiders,” said conservation biologist Jaime Pinzon, who studies the arachnids as a U of A adjunct professor and researcher with the Canadian Forest Service. “If you don’t bother them, they won’t bug you.”

Pinzon, who says he’s been bitten “hundreds of times” with no harm done by spiders in the course of his work, notes that only a handful of the 48,000 species known worldwide—including more than 600 species of spiders in Alberta alone and about 1,500 species in Canada—are venomous to humans, most of them living in tropical climates.

And though some might fear climate change could bring potent tropical spiders to North America, there’s no strong evidence to suggest it, Pinzon noted.

“It’s too premature to say that, because there are gaps in understanding the distribution ranges of many species. There may be some species that could move northward as the climate changes, but winter is a filtering process and it is unlikely they can establish populations in northern areas. There is still much to know about whether a species’ distribution range has expanded because of climate change or because it’s just undiscovered.”

Based on his research on Canadian prairie spiders and their responses to forest harvesting, a number of species previously not known to be in Alberta have been discovered in the province over the last 10 to 15 years, but that’s not unusual, Pinzon said.

“The research has been done in areas that hadn’t been studied in the past, so it isn’t surprising to find unreported species there. The more research we do and the more we catalogue species in different parts of the province, the better we will understand their distribution and the overall spider biodiversity in Alberta.”

Tropical spiders do occasionally make it to Canada by way of shipping containers, but they can’t withstand Canada’s cold winters, he added.

“The chances of being badly affected by a spider bite are extremely low,” he said, adding that unless you actually see a spider bite you, that tiny wound is more likely from a mosquito or another type of bug bite that becomes infected.

“Spiders don’t normally bite you just because you are around them. They are very shy and they tend to escape, not to confront.” And only the largest ones, with bodies the size of dimes or larger, can penetrate human skin, he added. “You’d just feel a pinch, but small spiders just cannot puncture the skin.”

While most spiders carry venom, it’s reserved for catching food prey, not aimed at humans, and is in such tiny doses that it poses little harm, though people with weakened immune systems, the young or the elderly could have a stronger reaction.

“Of course, there are species of medical concern, such as brown recluses, which are an issue in the United States; however, there are no confirmed reports of brown recluses occurring in Canada,” Pinzon added.

If bitten, wash the bite and see a doctor if it becomes tender or swollen, Pinzon suggested.

The squeamishness some people feel for the scurrying critters is due at least in part to the human evolution of our perception of spiders, Pinzon believes.

“Our ancestors evolved in the presence of spiders and most likely some of them were poisonous, so there would have been a natural aversion to spiders, the same as to snakes or any other venomous creature. People would have feared anything that was poisonous. That has carried through our history—spiders are seen as bad guys, particularly in books and movies, and that makes things even worse. And we tend to teach our kids to be afraid of the things we’re afraid of.”

But the creepy-crawlies are helpful to humans, Pinzon said.

“They eat a wide variety of creatures, including flying insects like flies, mosquitoes and other bugs that can bite you. Spiders are natural controllers of insect populations, some of which are pests in gardens and crops. Without spiders, you’d see many more of these bugs.”

In turn, they also serve as food for birds, other insects and spiders, showy dragonflies and amphibians like frogs and salamanders.

“They’re an important part of their diet,” Pinzon explained.

We have to coexist with spiders anyway, Pinzon added. They live everywhere except at the perpetually icy North and South poles or in the ocean. They can withstand the coldest winter, surviving as babies or sometimes as eggs under winter snowpack or loose bark. There are species that overwinter as adults and are active during the whole winter.

“We have found active spiders under the snow even in January and February,” Pinzon said. “Native species are well adapted and develop antifreeze in their bodies. On a warm winter day, you may even be able to see an odd spider here or there walking on the snow.”

“To keep them out of your house is almost impossible. Cool, dark areas like basements harbour them year-round, even if you don‘t see them.They can crawl in through any open window, door or small crack; they will find their way in if there’s something to eat.”

But even so, people don’t need to worry about their homes being infested with nightmare colonies of spidey families.

“To establish a population that carries on year after year, you need very right conditions—enough prey and hiding places—so even though basements are cool and damp and dark, they don’t have those conditions.”

If you do find one inside, don’t stomp it into lifeless mush, Pinzon said. Instead, use a piece of paper to shoo the spider into a cup and then release it outside near a tree, bush or other vegetation.

Though not all spiders build webs, the silky structures are vital to those that do.

“The silk is the main tool spiders have for a variety of activities, such as wrapping their prey, keeping their eggs safe and, of course, building their webs. The silk spiders use is costly material, because they invest a lot of energy in producing it. Since web-weaving spiders don’t move around a lot, building a web is an expenditure. Many species even eat their old webs to recycle the silk.”

Why you shouldn’t kill your friendly neighbourhood spiders