Wildfire season is here—what can we expect? 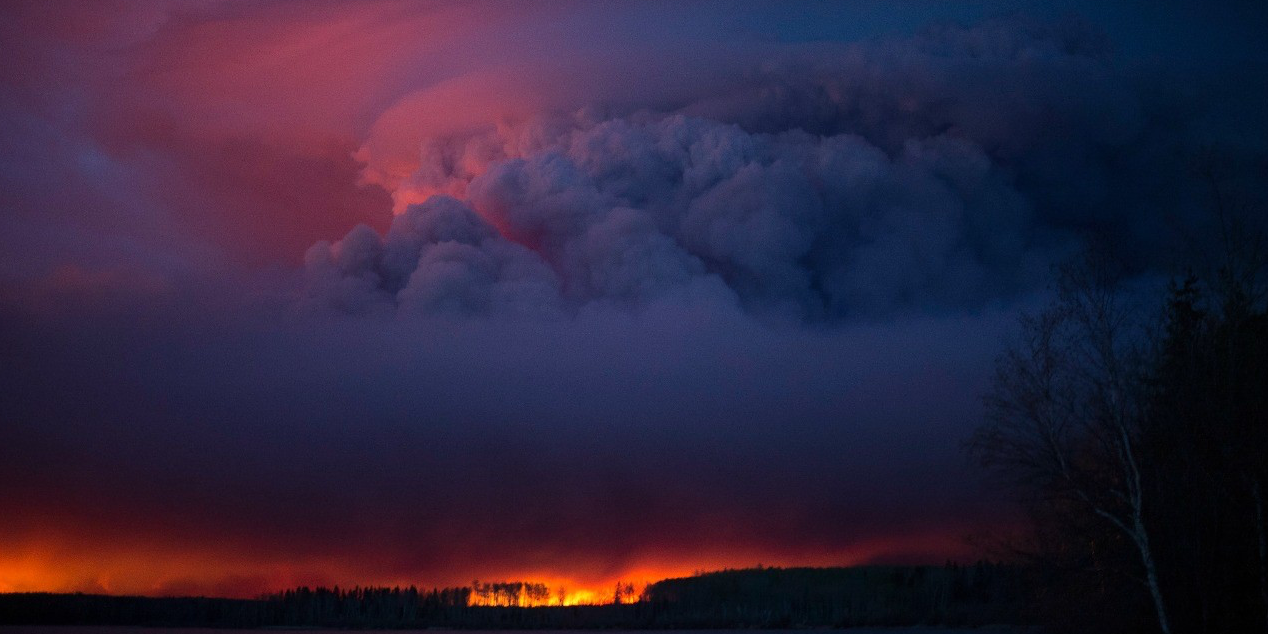 The lack of snowfall this winter could turn up the heat on wildfire season this spring, warns a University of Alberta expert.

With the memories of last year’s catastrophic Fort McMurray fire still raw, the Alberta government declared March 1 as the beginning of wildfire season and in the wake of the fire, hiked penalties for human-caused blazes to a maximum of $100,000 for individuals and $1 million for corporations.

Last year, according to Alberta Agriculture and Forestry, 1,338 wildfires burned more than 611,000 hectares, including the devastating Horse River fire - better know as “The Beast” - that spread into Fort McMurray, destroying more than 2,000 homes and forcing one of Canada’s largest evacuations.

This year’s dry winter has the potential to spark another runaway season if Alberta doesn’t get wet weather this spring, said Mike Flannigan, an expert in wildland fire in the Faculty of Agricultural, Life and Environmental Sciences.

“This coming season we are off to a potentially fast start to the wildfire season because the snowpack is low,” he said. “Once the snow melts, until the vegetation greens up, we have at least a two- to three-week window for active fires.”

It was during that vulnerable time period that the Fort McMurray fire and the similarly devastating Slave Lake fire of 2011 started, Flannigan noted.

The risk depends on day-to-day weather, he added.

“Environment Canada is predicting a warmer than normal spring, but if it also happens to come with rain, the risk of wildfire is lower.

“If you get rain every few days, then the fuels—the dead plant matter on the forest floor—don’t get very dry and we don’t have a problem. But if you only get rain every seven to 10 days or longer, that gives the fuels a chance to dry out and if you have ignition and wind, away we go.”

A reprieve for Fort McMurray

Because of the fierce fire it suffered last year, Fort McMurray is likely safe from any similar blaze for at least the next decade, Flannigan said.

“It will take 10 years or more for the fuels to recover to the point where risk of fire increases significantly again.”

But other Northern Alberta communities are at risk because of their closeness to boreal forests, he said, noting that three wildfires were recorded in mid-February in the Hinton area.

“Any community that has a conifer forest nearby is at risk. Alberta has the most significant spring fire issue in Canada because we have so many people living and working in the boreal forest.”

What you can do to help

According to the province, more than 60 per cent of the wildfires last year were caused by human activity. Common causes, besides smouldering campfires, include sparks thrown by ATVs, trains and industrial operations.

People can do their part to dampen wildfire risk by respecting fire bans and forest closures, and being diligent in campfire safety. Flannigan also suggested checking out FireSmart Canada, a program offering design ideas for safeguarding communities and homes against wildfire risk. Suggestions include not planting coniferous trees and bushes near houses and avoiding wood-shingle roofs so as not to feed flying embers, which set many of the Fort McMurray homes ablaze, he noted.

But even with precautions, the province’s geography—mountains that bring in strong dry winds from the Arctic—combined with a high number of people living in forested areas, means Albertans will always grapple with wildfire risk, Flannigan said.

“People live and recreate in the boreal forests more than ever and fire is part of the ecosystem—it renews and replaces tree stands, so at times there is this intersection between people and fire.

“We can never eliminate the risk and as we have more development and more people, we are going to, at times, be in harm’s way.”

Wildfire season is here—what can we expect?