Will Richard's remains restore his image? 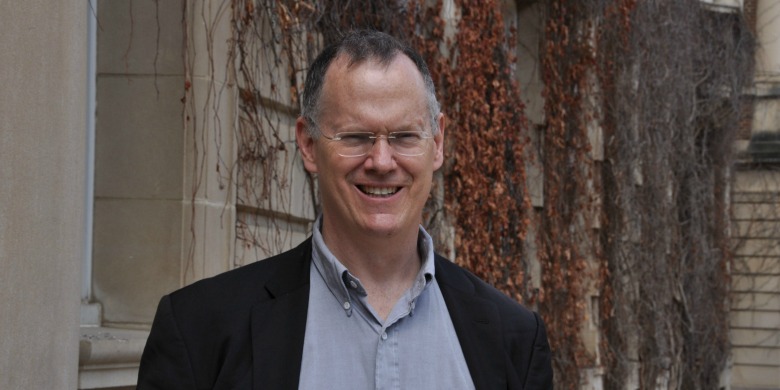 (Edmonton) The recently discovered body of Richard III puts all the pieces in place for an important historical investigation that will help quell the disquiet surrounding Shakespeare’s account of the ill-fated English king, says a University of Alberta researcher.

Jonathan Hart, a professor of English and film studies, says the Bard’s Richard III—an ignoble portrait written more than a hundred years after Richard was killed in 1485 at the Battle of Bosworth—has remained the most influential portrait of Richard for centuries.

Now, with help from a Canadian descendant’s DNA, a body discovered under a parking lot in Leicester, England, has been confirmed as that of Richard III. Hart, who is also a historian, says Richard’s body—long thought to have been desecrated—could help to give the world a counterpoint to Shakespeare’s play, which famously opens with “Now is the winter of our discontent.”

“That’s a powerful line and that’s how he begins the play in which he helped create Richard III as a hunchback and tyrant,” says Hart. “Now we have two bodies—the actual forensic body that this Canadian carpenter, who is a descendant from Richard III’s family through Richard’s sister, Anne of York, has allowed us to verify as Richard’s; and the mythical dramatic body Shakespeare created,” Hart says. “In a crime scene, you need a body. And we now have one, in the court of public opinion.”

Shakespeare left us a picture of Richard as a Machiavellian politician, a tyrant and a monster who killed his nephews, says Hart. And although an investigation may vindicate Richard and help to refute or qualify the Bard’s portrayal, Shakespeare’s way with words will leave that portrayal largely unscathed.

“Until now we only had two principal images of Richard: a portrait hanging in London’s National Portrait Gallery and the one created by Shakespeare. Art had replaced life,” Hart says. “The body, which was lost from 1485 to the present, will yield some interesting things.

“Regardless of the outcome, we can supplement Shakespeare’s account, but we can’t displace it, because of the power of Shakespeare’s myth and language. So, no, this isn’t going to change things much, but it might open up debate and give us a fuller picture.”

That will be important, Hart says, because history is often written by the victor.

“We didn’t know what happened to Richard’s body until now. If he had been the victor, he would have a big tomb in Westminster Abbey. Instead he’s buried under a car park of a social services office,” he says. “Shakespeare wrote dramatic history, so when he found history that was not dramatic, he turned it into something dramatic. He was a dramatist and a poet.”

Hart says that’s what Shakespeare did with writings by Thomas More on Richard. “More wrote an account of Richard, and Shakespeare, being a working playwright, used More’s portrait of Richard as one of his principal sources,” Hart says.

“I wouldn’t call Shakespeare a propagandist, but his source in this case might be considered official Tudor history, and might have elements of propaganda in it. And the only sources that we have in Renaissance literature tend to put Richard in a very bad light.”

But now, Hart says, as evidence is assembled from the discovery, it will allow a new debate about the past.

“With this body, the new mystery begins. For several centuries, what we had was Shakespeare’s portrait. Historians and others might come forward now and say this is the way he appears in Shakespeare, but we don’t necessarily think this is the case.”

The mysterious Bard and peers