If there is any way they could get out of it, I wish they could.

Will Rio 2016 be the worst Olympics ever?

For Brazil, a blown budget is the least of a litany of worst-case scenarios. Where do the Games go from here? 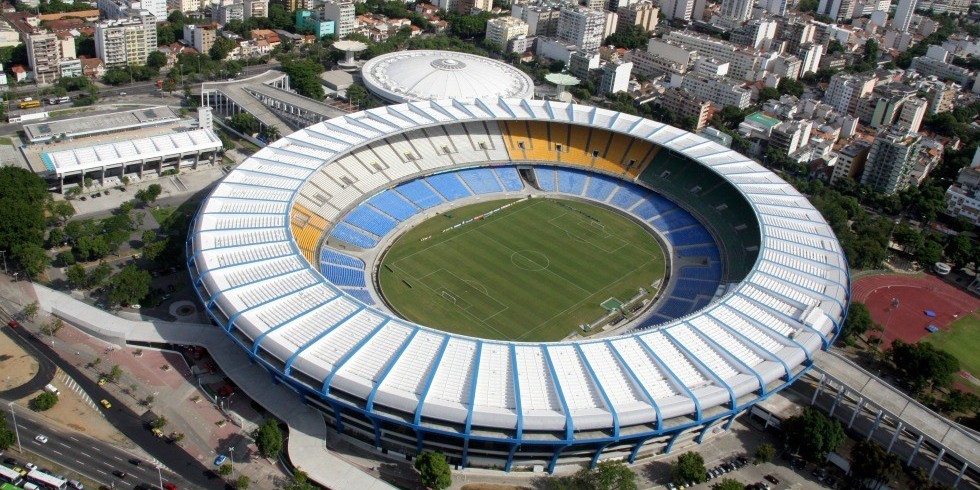 Aerial view of Maracanã Stadium, which will host the opening and closing of the 2016 Olympics in Rio de Janeiro, Brazil (Photo: Pedro Lopez, via Wikimedia Commons)

The road to Rio is paved with good intentions.

The Olympic narrative leading up to any games has traditionally been one of cost overruns and delays, but headlines about blown budgets—Brazil’s will quietly exceed US$1.6 billion in losses—would be a welcome scandal for an Olympics assailed by a litany of worst-case scenarios. A limping economy, a fallen government, crumbling infrastructure, startling class divisions and poverty, crime and unimaginable pollution are bad enough, but—in a twist normally reserved for a sci-fi horror—Brazil is also ground zero for Zika, a mosquito-borne virus marauding through South America. The virus is linked to a spike in cases of microcephaly, an often fatal congenital condition associated with incomplete brain development in newborns.

“Brazil has bitten off more than it can chew and I don’t think it is in the best interests of Brazilian taxpayers at this point in time,” says Dan Mason, professor of recreation, sport and tourism at the University of Alberta. “With the additional issue of the Zika virus and the fact that their economy is not doing well, if there is any way they could get out of it, I wish they could.”

The situation in Brazil is seeing athletes being forced to choose between chasing their dream and their health and safety, to the extent that much of the talk over the past six months has been about moving the games, if not cancelling them altogether.

Stacy Lorenz, a sports history professor with the U of A’s Augustana Campus, says moving or cancelling the Games would take an incredible crisis, and the situation in Brazil was obviously not enough.

“The IOC (International Olympic Committee) is too invested in Brazil and doesn’t want to set a precedent for moving the Games unless it is an immediate, clear and unprecedented crisis,” he says. “If they were to move the Games because of medical concerns, what’s next? And will they be pressured to move the Games for other reasons?”

He notes that part of the problem is the tenuous grasp on the ideal that the aim of the Olympics was to—as post-Second World War IOC president Avery Brundage was fond of saying—separate sport from politics.

“The whole idea of politics intruding on the Games is ridiculous, because the Games are and have always been inherently political,” says Lorenz. “If we consider this request to move the Games, it opens up a can of worms for other types of debate and discussion. If there is anything the IOC doesn’t want to have, it’s a discussion of the politics of the Games and the consequences of the Games for cities.”

What’s the endgame of the Games? 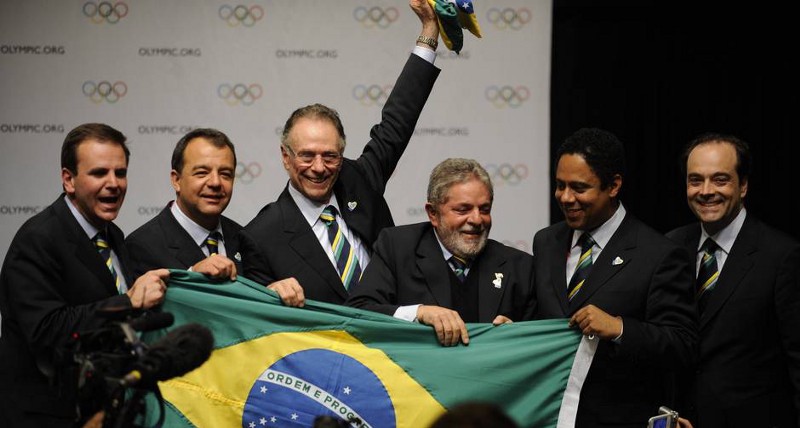 The Rio de Janeiro Olympic bid committee was all smiles in 2009 after winning the 2016 Summer Games.

If politics aren’t the end goal, it’s hard to determine what is.

“You can’t necessarily make the economic impact arguments that you would think; hosting the Olympic Games is not about creating jobs,” says Mason. “It is really about what you’re doing in terms of branding your city and leveraging it.”

The Olympics were largely a loss leader until the 1984 “Coke” Olympics in Los Angeles, the first commercial success. A string of Olympics to finish out the ‘80s and early ‘90s also made money, although Mason warns against attempting to tabulate the actual cost.

“It really depends how you are defining costs and how you are defining money,” he says. “For example, the 2010 Games in Vancouver involved the creation and construction of the Canada Line, the redevelopment of the Sea-to-Sky Highway and a renovation and redevelopment of their convention centre. How much of that do you attribute to the Games? All of it—and if you attribute all of it, it is not going to be a profitable Games. Certainly the Canada Line is something that is really benefiting Vancouver.”

Mason says the cities that seemed to host successful Olympics are the ones that recognize hosting the Olympics is something they can do as part of a broader marketing or infrastructure plan.

Recognizing a redundancy of having two world-class speed skating ovals in Western Canada—the Olympic Oval in Calgary is still considered state-of-the-art nearly 30 years later—officials in Vancouver were able to transform the Richmond Olympic Oval into a rec centre.

On the other hand, 21 of Greece’s 22 facilities built for the 2004 Summer Olympics—which lost upwards of US$15 billion, leading some to speculate that the Olympics caused the Greek government-debt crisis—sit empty and in disrepair. The same can be said for Beijing’s Bird's Nest, the 80,000-seat behemoth, which is too large to be functional, save for the odd tour. 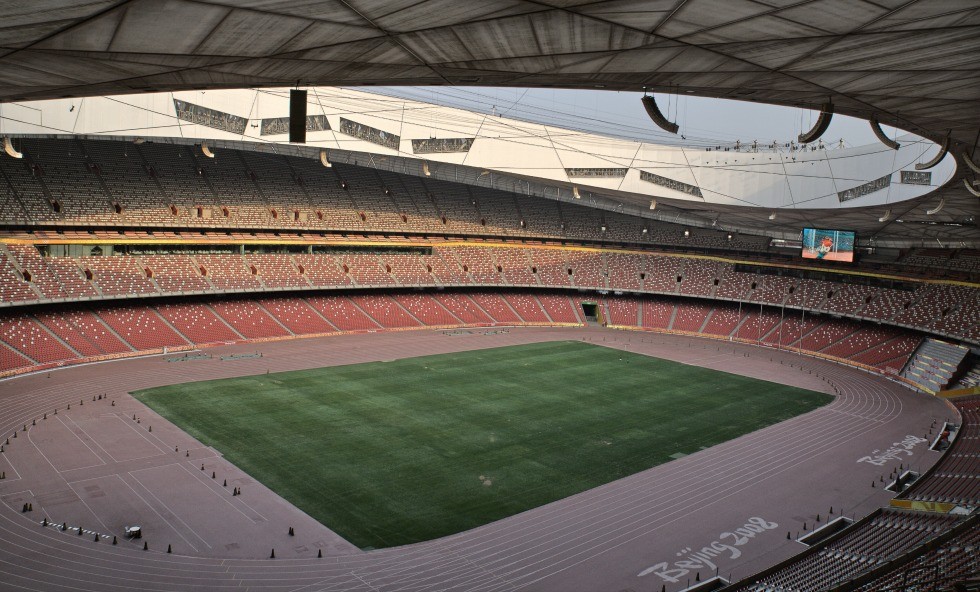 And though at first glance it seems that developed countries run a better brand of Olympics, that’s not necessarily the case.

Sydney hosted the Games in 2000 looking to leverage the Olympics for tourism. The final tally saw the Games lose US$2 billion in the process, and the Australian city is now home to a number of venues that are at best underused.

Was it worth US$2 billion?

“It depends on the interests of the citizens and the political entity that’s in power,” says Mason. “Maybe they did position themselves as a tourist destination, but there isn’t a lot of evidence that Australia saw a bump in the number of tourists.’’

Even if there is a tourist boom experienced by an Olympic host, odds are it will be short-lived, thanks to what researchers refer to as "image decay."

“Hosting the Games in Calgary put Calgary on the map, but over time people started to forget about it,” he says. “You can’t host an Olympic Games and think everybody will know about the city and be happy about it.”

And like Brazil is experiencing now, hosting the games can backfire. Mason points to the Twitter-documented problems associated with the 2014 Sochi Winter Olympics and the debacle that was Delhi’s 2010 Commonwealth Games entry, which was fraught with all kinds of issues relating to poor infrastructure, athlete living conditions and sanitation.

“It is hypocritical for a city to build these shiny venues and host these games when the water is so polluted they are worried about the health and safety of the participants in the Games,” says Mason. “In some ways, countries and cities think they are buying advertisement by hosting the Games.

“If so, they’re not getting their money’s worth.”

The sinister side of security

Gleaning any sort of economic value from hosting the Olympics has been made just about impossible in recent years, with the threat of terrorism hanging over the Games and adding another layer of cost.

Lorenz contends that the contingent of 85,000 or so security guards expected at the Olympics is not only economically back-breaking, but also perhaps a bit nefarious.

“The possibility of terrorist attack is undeniable, but—and this could be the intriguing part—a lot of that security personnel is being used to stifle dissent among the local population. How much security is needed for genuine security reasons and how much is there to prevent protest, prevent criticism and prevent dissent?”

Not only is the reputational damage done in Brazil, but some have also raised questions about the extent to which hosting the Olympics might be making the situation on the ground worse. Lorenz points to reductions in spending on things like social services and health, infrastructure and sanitation—the kinds of things that would work to limit the spread of the Zika virus—to come up with the US$5 billion needed to host the Olympics.

He adds that the Zika issue raises more questions about all the problems with hosting the Games, including who benefits and who doesn’t. In fact, he says, not only are marginalized populations not going to get any benefit out of the Olympics, but that’s also the exact group that this disease is hitting hardest.

“It is most serious in the poor communities, the ones that don’t have adequate sewage and sanitation, and that has only been aggravated by spending on the Olympics.”

And although it is far too late to turn back now, Lorenz is among a growing chorus of thinkers who believe these Games needed to take place to open up a bigger critique of the Olympic movement.

“If there were more consensus about the seriousness of the Zika virus, for instance, there would have been more talk about postponing the Games or moving them. That would open up a dialogue about more creative ways to host the Olympics that are more feasible.”

Something has to change. At one time, cities and countries were clamouring to host the Games, but that appetite has passed. For the last round of bidding, the IOC implored a number of European countries to put in a bid, but there were no takers.

From here on in, Mason says, Olympic bids like Calgary’s 2026 Winter Olympics bid, which already have some existing infrastructure in place are going to be more commonplace.

“The landscape is changing for the cities looking to bid to host the Games, and cities should be more cautious when they think about investing that kind of money and what they are getting in return, because I don’t think the returns are what they are envisioning them to be.”

Will Rio 2016 be the worst Olympics ever?