Will the new pope mean a new Catholic Church? 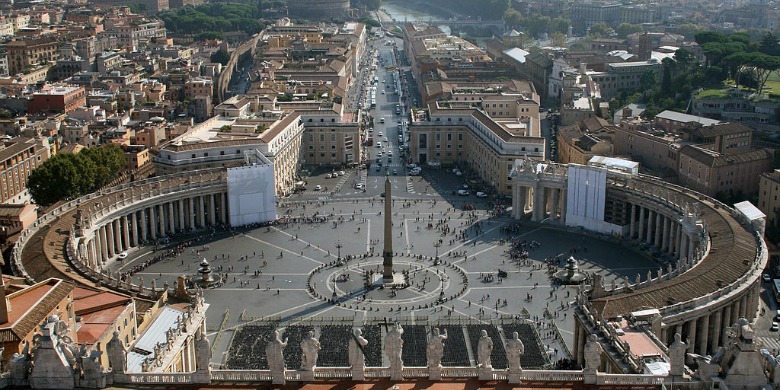 130314-vatican-banner
View of St. Peter's Square in Vatican City. The election of a new pope from Argentina may change the outlook for the Catholic Church, but changes will be more gradual than radical, says a historian at UAlberta. (Photo: Jean-Pol Grandmont)

(Edmonton) The election of Jorge Mario Bergoglio from Buenos Aires, Argentina, as the new pope marks a significant moment in the history of the Catholic Church. Pope Francis, as he will be called, is the first pontiff to adopt that name, and is the first Jesuit to become pope. But that’s where the significant changes will end, at least for now, says a historian at the University of Alberta.

“The pope’s position is a conservative one; he’s not meant to bring about radical change. So for the people who are hoping for radical change, particularly those in the global north, they will have to wait awhile,” says Indre Cuplinskas, a Catholic Church historian in St. Joseph’s College.

Cuplinskas says there have been changes within the Catholic Church, but they haven’t come quickly.

“Radical changes, such as the church ordaining women or changes in rules about sexuality—those kinds of changes, if they come, happen much more slowly," Cuplinskas says. "Ordaining women is not going to change with this new papacy. The last two popes have said that's something that cannot change."

Nevertheless, says Cuplinskas, there is anticipation for something new within the church, and many of the world’s 1.2 billion Catholics would like to see changes on matters of sexuality and global economics. But despite these challenges, she says the new pope would be able to make some immediate changes.

“One of the changes that people are hoping for, even the cardinals, is more attention to governance, the Curia, and transparency within the Vatican. The new pope, Jorge Bergoglio, stands out for his personal humility and simplicity. He doesn’t have extensive experience in Vatican bureaucracy. As an outsider he may be positioned to clean up some of the problems that have been arising in the Vatican. So there can be those kinds of changes,” she says. “Change might come, but it will take awhile. And it depends on what people think change is.”

The nuances of a pope are also key indicators of where this new pope will lead the church. John Paul II, for example, was astute with the media, whereas Benedict preached to them, Cuplinskas says. But there are other subtle things about a pope, such as his home country, that can help explain the direction of the church.

“Where the pope comes from will change the face of the papacy,” Cuplinskas says. “This pope is from Argentina—the global south—so it’s likely that social justice issues will come to the fore more so than with previous popes.”

Tradition of diversity and division

Wherever the new pope decides to focus his attention, he will inherit a church that has a tradition of diversity—and division—amongst the church’s faithful going back centuries.

“If you look back 2,000 years, there isn’t unanimity amongst theologians. In any given time period, there are people pushing different ways,” she says. “The church has a language of unity, but under the surface there’s always an element of disunity. In reality, if you look historically, it’s always there.

“If you go back to the early church, in the first 600 years, there were fist fights on different theological issues, such as how Jesus is related to God the father. The divisions now, on the questions of ordaining women, for example, are not necessarily deeper. But the divisions now are pronounced, there’s no question about that.”

Despite the challenges in reconciling the authorities of the church—the scripture, tradition and teachings of popes and bishops—necessary for fundamental changes to happen, Cuplinskas says the church has changed. For example, it later condemned slavery and now collects interests on loans.

“There’s no question that the church changes. In the Middle Ages, taking interest on loans was a very serious moral issue. Taking interest was forbidden, but with the rise of capitalism, they had to rethink that, and now you have the Vatican bank,” she says.

And despite the divisions, there is dogmatic truth that unifies Catholics worldwide.

“You can look at the divisions as a negative thing, or as a community that is bound by certain core beliefs, such as the existence of God and that God is manifest through Jesus Christ. Those are the core issues that Catholics will say yes to.”

Will the new pope mean a new Catholic Church?
Newsroom