Win-win for caribou and wolves?

The major pressures are on early survival. If we can improve that, we can really help the plight of the caribou. 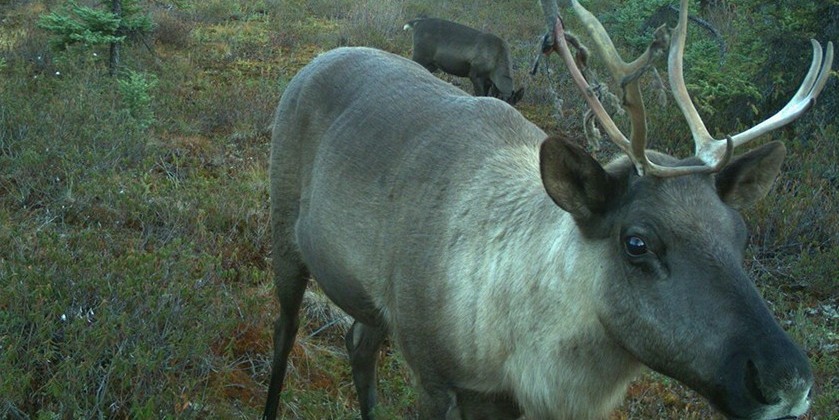 A mix of human activity and natural climate change has made caribou a threatened species both provincially and federally.

“The caribou file has simmered for at least 10 years,” says Boutin, noting that the announcement is a major accomplishment after a half-decade of failed attempts to negotiate a range management plan. “To the credit of this NDP government, they brought in a mediator to see if he could stickhandle his way through this morass.”

Boutin says that caribou need large patches of undisturbed forest to avoid predators and sees the announcement as a major step in the right direction. “The plan has all the prongs needed for potential recovery: protection, aggressive restoration of features we created as humans through seismic lines and reforestry, and some control of predators for the time being.”

A mix of human activity and natural climate change has made caribou a threatened species both provincially and federally. “In reality, this caribou system is so complicated. Not only have our activities changed things, the changing climate has created an environment for deer to thrive, driving up the wolf population, which is ultimately bad for caribou.” The solution up until now has been a controversial wolf control program. “It’s a full-fledged war on wolves,” says Boutin, who advocates instead for a solution that protects both species. “How are we accepting that this is ongoing?”

In addition to advocating for caribou habitat recreation, Boutin has been pushing for a somewhat provocative solution to caribou conservation, which will ultimately help the wolf population as well. With an ambitious time frame to break ground by the end of 2016, Boutin will be piloting a fenced-in protected area for female caribou and young offspring as a refuge from wolves. “The major pressures are on early survival. If we can improve that, we can really help the plight of the caribou.”

Though predatory control can stabilize the caribou population, the goal with the fenced-in area is to bump up the herd, providing a “pulse” to the caribou population each year. Boutin sees this as a benefit not only to caribou, but also to wolves. “Hopefully we can start to wean ourselves off of the wolf control.” Boutin has also been in ongoing discussion with industry partners to expand similar experiments in eastern Alberta.

Though fences are widely used around the world for animal conservation—in Hawaii and New Zealand for nesting birds and in Africa for game management, for example—it is a relatively new concept for North America. The idea of protective fencing for caribou is untested, but Boutin is optimistic.

“We are into major intervention. No one should ever dream that this won’t be somewhat artificial. We are going to aggressively manage it. That’s why these fences aren’t out of the question. If this experiment is a success, we can cut back on the removal of wolves. I see a potential double win.”

Win-win for caribou and wolves?
Newsroom