WISEST: U of A science ambassadors for 30 years 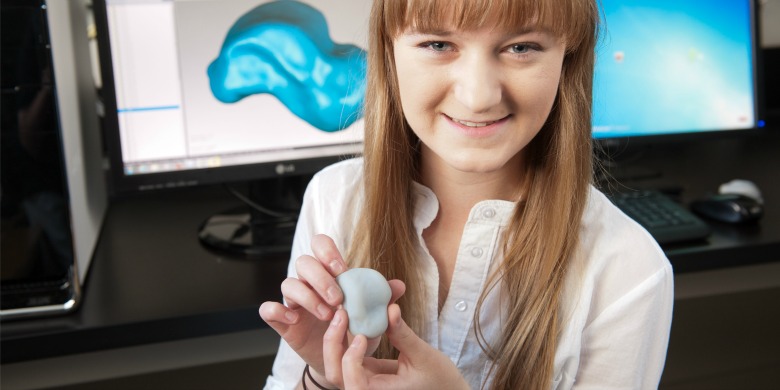 (Edmonton) As a six-week summer science experience winds down at the University of Alberta, one high-school participant has realized she’s not the only one who had fears about her career goals being just a little too high.

Gabriella Peter is one of 60 Grade 11 students attending the annual program organized by the U of A-based Women in Scholarship, Engineering, Science and Technology.

“It was reassuring to hear about some of the fears that people successful in sciences had when they were our age,” said Peter. “The message we received was pursue your goal, anything you want is within reach.”

After spending time with U of A biomechanical engineering researchers, Peter thinks she’s found her goal, and engineering could be her pathway after Grade 12. “I’m really interested in biomedical [engineering] and perhaps medicine afterwards,” she said.

Thanks to WISEST’s wise placement of Peter into engineering, she got the opportunity to play a part in the ongoing development of biomedical equipment.

Peter and another student processed data produced in the testing of a mechanical leg brace. Peter explained that the device, worn from the feet right up to the hips, helps people with strength problems in their legs to stand up from a sitting position.

“It’s really interesting to be given this opportunity to work on research that could change somebody’s life,” said Peter.

On the morning of Aug. 15, all the WISEST summer science experience participants take part in a poster show highlighting their projects. The event is being held in the ground floor lobby of the Centennial Centre for Interdisciplinary Science.

Peter’s presentation outlines her experience with U of A biomechanical researchers developing a prosthetic talus, or ankle bone.

Peter explained that the U of A researchers hope to replace the vast array of sizes available for artificial ankle bones with just half a dozen sizes.

“I believe the researchers are looking to make the production of talus bone replacements more cost-efficient by producing just a few sizes that still work for everyone,” she said.

This is the 30th year that WISEST volunteers, drawn from U of A faculty and students, have been introducing sciences as possible career options to young people. The group’s main target audience is young women, but this year’s summer roster of 60 high-school students includes three males.

“WISEST helps you see the big picture of science,” she explained. “Working in the biomechanics lab showed me how different sciences like biology and physics can be applied to a project like developing a prosthetic talus bone.”

WISEST: U of A science ambassadors for 30 years
Newsroom