U of A program helps connect women and underrepresented populations to careers in science and technology. 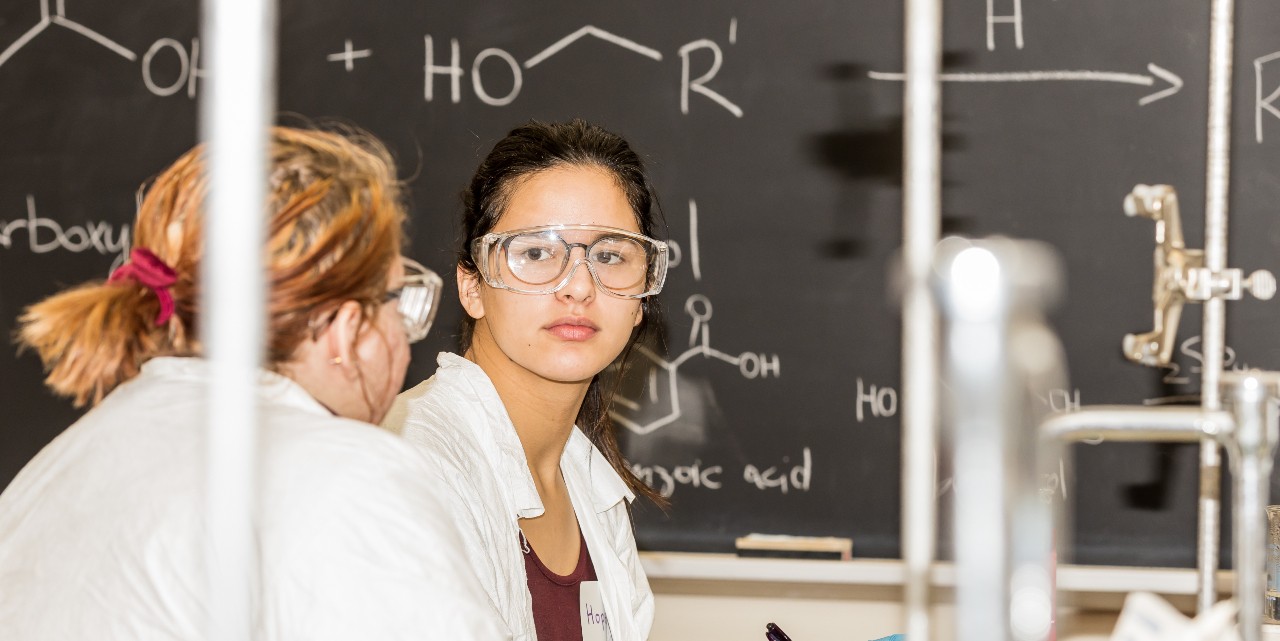 Over nearly four decades, the U of A's WISEST program has introduced tens of thousands of budding science students to career opportunities that would once have seemed impossible. (Photo: Susanne Pawliuk Photography)

Fervone Goings knows what it’s like to flounder, to feel it impossible to find a footing on a new career path.

Two decades ago, Goings left the University of Alberta with a newly minted master’s degree in environmental microbiology. But after a few years in the lab, she found herself questioning her trajectory.

“I didn’t realize how lost I really was,” said Goings, who lacked mentors and professional development opportunities while navigating a male-dominated field. “I struggled a lot, not knowing what was expected of me, how to achieve my goals or use my education.”

Goings eventually left the sciences completely. After building a successful home renovation business and raising a family, she dove into a new career in non-profit management. It brought her back to the U of A, where four years ago, she became team lead for Women in Scholarship, Engineering, Science, and Technology.

WISEST—a small but celebrated U of A organization—is receiving the 2020 Community Leader Award, as part of the university's Community Connections Awards, in recognition of its decades-long work helping women and girls succeed in sciences, engineering and technology.

Working with WISEST has given Goings new insight into her own experience all those years ago, helping her reach students who have struggles of their own.

“I don’t actually have big regrets,” said Goings. “But if I can save other students the uncertainty that I experienced, that’s a good thing too.”

WISEST was founded in 1982 after J. Gordin Kaplan, then vice-president of research at the U of A, noticed an obvious gender gap in the sciences. Margaret-Ann Armour, the U of A’s celebrated chemist and future associate dean of diversity in the Faculty of Science, helped steer the program created to address the gap.

Over the years, WISEST built a sterling reputation of battling inequality through education, a model that was recognized and duplicated across Canada. At the U of A, tens of thousands of budding science students have had opportunities to demystify career paths that may have once seemed an impossibility.

Each year, up to 50 female and non-binary Grade 11 students arrive at the U of A, working paid summer gigs in research labs, where they can expect to contribute ideas and conduct research. Another 200 high school and 600 elementary students visit campus each year to immerse themselves in science in conferences aimed at opening doors and minds.

Much of that is possible through the help of roughly 600 volunteers, Goings said, many of whom went through the programs themselves. The group also works with students facing other obstacles, including those from rural and Indigenous communities, and non-binary students.

Gender gaps might not be as obvious as they were in the early 1980s, but Goings said girls continue to opt out of STEM fields prematurely. She said more work is needed to ensure schools and parents know how to create supportive environments so students don’t self-select themselves out of fields with higher levels of pay and opportunities to make a difference.

“We’re not quite cradle to grave,” said Goings. “But I’d love to see a kindergarten program called the ‘Wiselets,’ I’d like to see us starting younger and younger because the challenges are different at different age categories.”

For Goings, the other half of WISEST’s work is its emphasis on mentorship, connecting U of A students with senior researchers or giving them the networking and professional skills that will open doors for future advancement.

It’s not just about helping students survive classes where they’re a minority, but to find careers and stick with them, said Goings. That might mean helping a student process a negative classroom experience or how they relate to their peers, while feeling confident that they’re not alone in the experiences.

“It’s about creating that community and then creating opportunities within that,” Goings said.

Goings said the Community Connections Award would have brought a smile to the face of Armour, who died last May.

“She would have been absolutely thrilled,” said Goings. “Community was everything to her. Margaret-Ann’s life was characterized by a collection of all these different communities that called her their own.”

Two years away from WISEST’s 40th anniversary, Goings said Armour remains in the organization’s DNA. As a longtime board member, Armour left a legacy of collaboration, engagement and community-building that remains integral to WISEST’s strategic plans.

Goings said she wants WISEST to evolve with changing technology and student needs. Conferences can become more than just one-off events, teachers and parents can be brought in as allies, and community ties can be made even stronger.

“It’s great when we see those students come back to the university,” Goings said. “We allow them to say, ‘I can see myself going to university, going to the U of A and succeeding here.’”