Working to build a new life 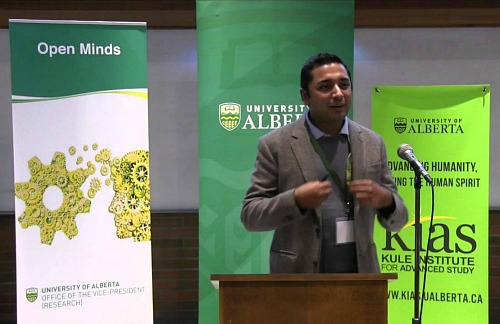 After the screening is done, the oceans are crossed and the culture shock has passed, the next big challenge for many refugees arriving in Canada is finding a job.

As Canada opens its doors to 25,000 Syrian refugees, the country’s societal ecosystem is bracing for impact. Through the University of Alberta’s new Migration Views website, scholars from the U of A and beyond share their thoughts on how to handle the influx of the country’s newest citizens. This is the first in a series of stories featuring three researchers whose expertise and experience give them a unique perspective on a global challenge.

With thousands of Syrian refugees arriving in coming months, much of the conversation has been about their immediate settlement needs—finding housing, learning language, getting children into school. In the longer term, another challenge faces these newcomers: finding work.

Job hunting can be difficult and stressful for many people as it is. But for a refugee new to Canada, there are additional barriers. Reza Hasmath, an associate professor in political science who studies the labour market experiences of ethnic minorities, says there’s more to refugee employment than just learning the language: “There are social aspects that play a crucial role in obtaining a job, that may render it difficult for many recent migrants.”

As the saying goes, when it comes to job hunting, “It’s not just what you know, it’s who you know.” Sociologists even have a name for it: network capital. About two-thirds of all jobs are found through such networks. For a newcomer to Canada, those established social networks are not as extensive, and that is especially true for most of those who arrive as refugees rather than through family-class immigration, where family members can assist in finding work. For some, a local cultural community or sponsor group can help provide connection, but for others, there is little to no access to these networks.

The second social factor is adapting to Canadian workplace culture. Language acquisition can be fairly quick for some people—some new arrivals come having studied English or French before immigrating—and job training programs can help in learning the basics of working life in Canada. However, Hasmath notes, fitting into workplace culture “requires some time in the host nation to understand the informal rules that govern working in Canadian organizations.”

“It is often the case that first-generation migrants hope that their children, the second generation, are able to achieve higher status, higher-paying positions,” Hasmath explains.

Even when refugees have high levels of education and professional skills when they arrive, the secondary labour market is often more attractive. “Education alone is not the issue when it comes to employment,” Hasmath notes, adding that assessment of foreign credentials is a challenge. Often, in the case of professions such as medicine, engineering or law, Canadian professional bodies are responsible for determining Canadian equivalency. This often requires newcomers to undergo time-consuming and expensive “upskilling” to obtain a Canadian professional equivalency.

And although many Canadians are welcoming refugees with open arms, discrimination is still an obstacle. This can fall into two categories. The first is exclusionary, which is what many people most easily recognize: overt discrimination against factors such as religion, language or visible minority status. The second type, more common yet less easily identified, is economic/statistical discrimination. As Hasmath explains, “What is observed is that visible ethnic minorities, in spite of higher educational attainment relative to the general population, do not receive similar wages in the labour market in aggregate.”

Contrary to what people may perceive about refugees, Hasmath emphasizes that in the long term, these newcomers benefit the Canadian economy. Often, first-generation migrants take on the work that most Canadians don’t want, such as manual labour or service-oriented jobs. Their children, the next generation, often make major contributions to the economy as they move into skilled and professional jobs or become entrepreneurs. Hasmath also notes that these migrants bring with them transnational connections that, over the long term, can help Canadian businesses develop important economic linkages.

“In short, we should take a long-term view of the positive effects of immigration on the Canadian labour market.”

Read more of Reza Hasmath’s thoughts at Migration Views, a U of A website featuring reflections on migration and the Syrian refugee crisis by more than 30 academics, students, alumni and members of the broader community.

Working to build a new life