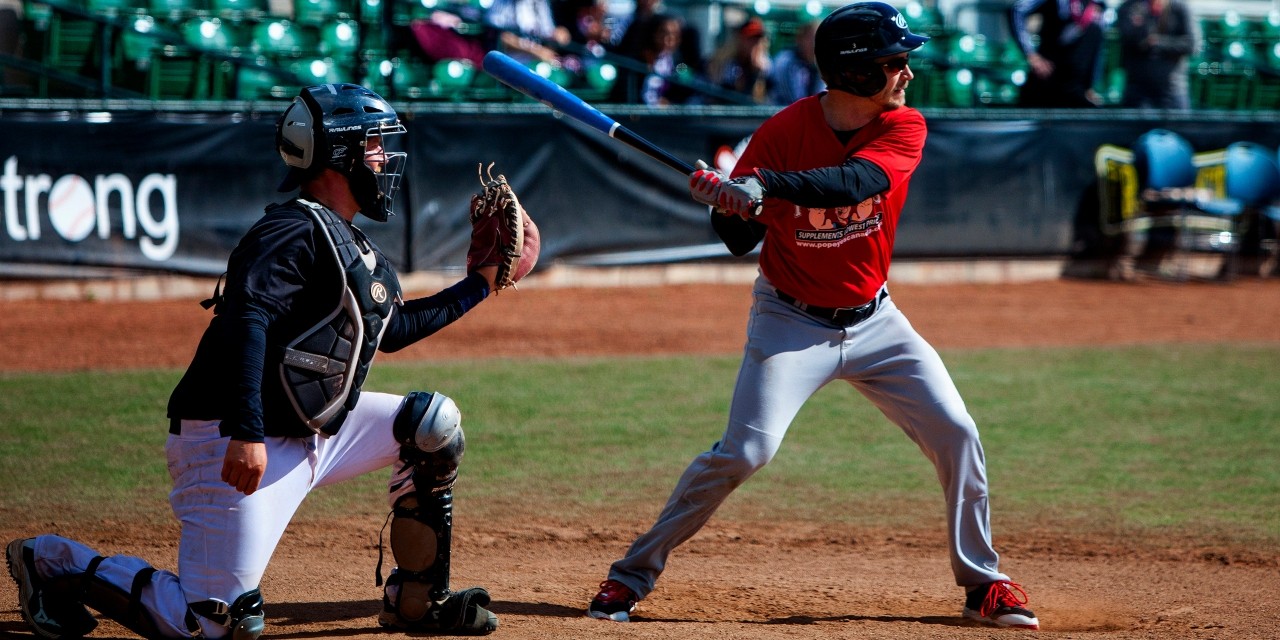 Fifty-six players will attempt a world record 85-hour baseball game from Aug. 22 to 25 to raise funds for the Cure Cancer Foundation. The money will support clinical trials for a new drug that shows promise in fighting cancer. (Photo: Mandy Kostiuk)

Fifty-five men and one woman are dusting off their cleats and grabbing their bats to hit a home run for cancer patients at the World’s Longest Baseball Game.

The ballplayers are attempting a world record 85-hour ball game in Sherwood Park from August 22 to 25 to raise money for the Cure Cancer Foundation in support of a new drug and therapeutic development at the University of Alberta. The Dianne and Irving Kipnes Foundation will be matching all donations, dollar for dollar, up to $250,000.

“Our job is to cure cancer,” said Brent Saik, who founded the World’s Longest Baseball Game in 2016. “The game is non-stop. You go around the clock: all day, all night. Our feet may get sore, we may be tired, we may not be sure if we can keep going, but people battling cancer go through harder challenges every single day. So we keep going.”

Saik is also the force behind the World’s Longest Hockey Game, which has raised almost $5 million since 2003 for research at the Cross Cancer Institute. The event set a world record in 2018 when the game was played for 251 hours, 7 minutes and 58 seconds.

The money raised by the World’s Longest Baseball Game will lead to a clinical trial of a new cancer drug at the Cross Cancer Institute in Edmonton.

The drug—PCLX-001—is based on a U of A finding by Luc Berthiaume that exploits newly discovered cancer biology. The drug shuts down the abnormal chemical signalling in many common cancers and triggers those cells to die, but spares the healthy cells.

Cancers that could potentially be treated by the drug include non-Hodgkin lymphoma, leukemia and other blood cancers. It may also have positive results in breast, lung, bladder and pancreatic cancers.

According to John Mackey, U of A oncologist and director of clinical trials at the Cross Cancer Institute, new drug development projects typically have a one-in-1,000 chance of being successful. PCLX-001 has shown such promise, though, it’s now at a stage of having a one-in-three chance of making a positive impact on the lives of patients and families facing cancer.

“To be honest, not many new drugs get this far in development, let alone make it to market,” said Mackey. “If successful, this will change the landscape of how cancer is treated. Our ultimate goal is to have a new cancer drug that saves lives or prolongs life in patients with cancer.”

Funding from the World’s Longest Baseball Game will allow Mackey’s research team to launch a first-in-human clinical trial in cancer patients in Edmonton within the next 12 months. U of A researchers will also use the funding to better understand and predict which patients have PCLX-001 responsive cancers.

The research team’s work relies on the community stepping up to the plate in support of the players, volunteers and the people they’re playing for, said Saik.