Young leader set to make a mark at UAlberta

He’s just started his first year, but scholarship winner Sheldon Cannon has already done much to give teens a stronger voice in the community. 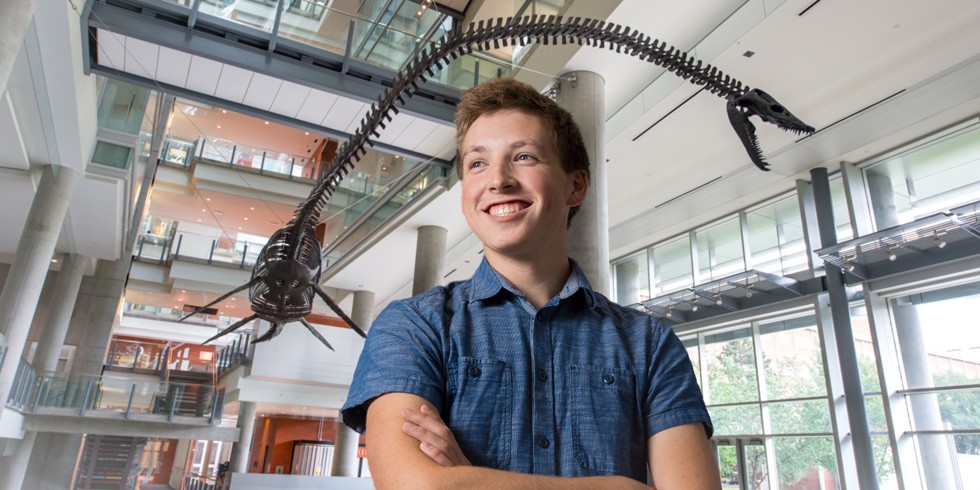 Sheldon Cannon is off to a great start at UAlberta with one of Canada's top undergraduate scholarships. (Photo: Richard Siemens)

Growing up in his hometown of Kindersley, Sask., Sheldon Cannon knew it wasn’t good enough to talk about change—he had to get involved.

But whether he was planning events as a youth councillor, serving as a museum board member or fundraising for a new aquatics centre and arts theatre, Cannon couldn’t help but notice a troubling phenomenon.

“Almost all community groups had no teen input, despite their impact on youth,” said Cannon, who was named a University of Alberta 2016 Schulich Leader Scholarship winner. “This underrepresentation caused a disconnect between the community and its youth.”

With that, Cannon knew the best way he could serve his community was to focus his efforts on improving youth representation.

As the first youth board member of the museum, Cannon helped lead an initiative to boost teenage attendance by renovating an exhibit as a place for teens to socialize and learn.

Then, as a senior administrator with the local youth council, Cannon worked with the other members to create programs catering to a greater range of interests and lobbied Kindersley town council for a louder voice.

“Overall, these innovations increased engagement and representation of teens in the community, giving them a voice and empowering them to address their needs,” wrote Cannon in his application for the Schulich scholarship.

He was also deeply involved within his school division, spending two years as a youth consultation representative. He saw the work of his team turn into investments in portable technology for classrooms and increase teacher professional development in classroom technology. That experience landed him on a youth panel of Saskatchewan students that presented to an audience of provincial and national education officials.

Cannon’s extensive service seemed to work in favour of his studies as he maintained a high-90s average while developing a fascination with health. Along with volunteering at a long-­term care facility and delivering Meals­ on­ Wheels, Cannon founded a health club within his school to help his classmates engage in health care.

That interest in health has pushed Cannon into the Faculty of Science's Interdisciplinary Science Threshold Experience program (InSciTE) for his first year. In this new program, students explore science and math from an interdisciplinary perspective. Cannon was also accepted into the U of A’s vaunted Peter Lougheed Leadership College, where he’ll take additional leadership classes and collaborate with a cohort of like-minded peers.

Being around people who share his zest for community spirit is something he welcomes. Earlier this year, Cannon was one of 80 Loran Scholars Foundation national finalists for his demonstration of character, commitment to service and leadership. “I realized the tremendous impact engaged youth have on our communities.”

Cannon and Ben Hallworth are two of 50 students to receive four-year scholarships of $60,000 to $80,000, depending on their chosen profession. The Schulich Leaders program recognizes Canadian high-school students who demonstrate excellence in academics and community leadership, and who plan to study science, technology, engineering or mathematics.

Young leader set to make a mark at UAlberta
Newsroom