Young students make their WISEST decision of the summer 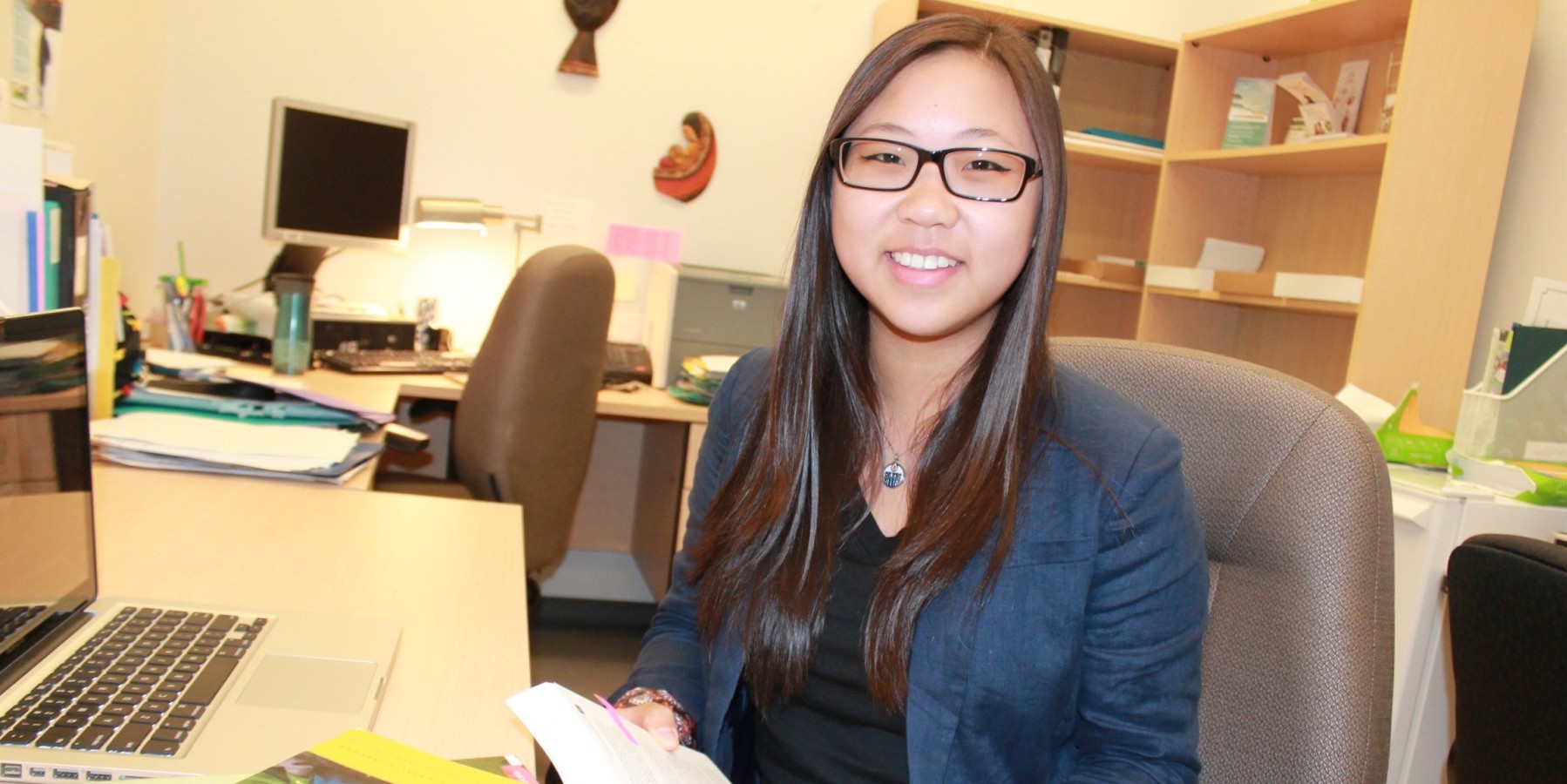 Seventeen-year-old Julia Tran doesn’t mince words when she speaks about her work experience at the University of Alberta this summer.

“It’s a lot better than I thought it would be,” says Tran, a high-school student from the small village of Glendon, Alta. “I really want to tell everyone, especially girls, about my experience and the fact that we have so many opportunities.”

Tran is one of dozens of high-school students taking part in the U of A’s Women in Scholarship, Engineering, Science and Technology (WISEST) program. As part of the paid, six-week-long program, she has spent her summer placed in the Faculty of Medicine & Dentistry under the supervision of a professor in the Department of Pediatrics. Tran says she’s always been interested in science, but this experience has been eye-opening.

“This summer I’ve been able to do research through a scientific literature review. So I’ve read lots of papers, scientific journals and books from other scientists about carbon monoxide poisoning and its impact on children’s health,” says Tran. “I’ve learned I really like the process of researching and I think it might be something I want to do for a career.”

That’s the type of response Denise Hemmings, chair of the WISEST program, loves to hear.

“It is really quite a treat to listen to these high-school students talk about what they’ve done and what they’ve learned through the program,” says Hemmings. “It allows young women to see that there is a place for them in science, engineering and technology. We’re trying to encourage them to get in, stay in, and then progress to leadership in their careers.”

WISEST has been a platform for encouraging young women to enter the sciences at the U of A since 1982. It was formed soon after the university’s first vice-president of research, Gordin Kaplin, noted that there was only one woman among 150 participants attending a seminar on microprocessors. Work quickly began to investigate why so few women were choosing careers in science and engineering, and to then take action to alter the situation.

Today, WISEST sees up to 60 high-school students from across Alberta and Canada enrolled in the program each summer. Along with providing opportunities for the students to meet with successful women mentors, the program also introduces them to a wide variety of possible science-based careers thanks to collaborations between academia, industry, government and hundreds of volunteers. Over the last three decades, the program has seen major strides as the number of women seeking an education in the sciences at the U of A has increased significantly.

According to Hemmings, who also happens to be an associate professor of obstetrics and gynecology in the U of A’s Faculty of Medicine & Dentistry, the field of medicine has been a particular bright spot.

“It is one of those areas in which I think women have taken on a very strong role over the last 10 or 15 years. Medicine has shifted from being very much male-dominated to almost very much female-dominated in many areas. It’s been a great success story.”

“Although the faculty now hosts comparable numbers of men and women in our undergraduate and graduate programs, we see a decreasing proportion of women as one moves up the academic ladder,” adds David Evans, vice-dean of research for the Faculty of Medicine & Dentistry, with a note of caution. “Consequently, women are still underrepresented amongst our senior ranks. By supporting WISEST, we are exposing young people to these careers in the hope it will engender a spark of interest and the confidence they need to pursue their dreams to the highest levels.”

It’s clear that despite the progress made, more work is still needed. Several careers in various fields of medical research, engineering and the sciences, such as computing sciences and physics, remain male-dominated. It’s something Julia Tran would like to see change.

“If we don’t start breaking those barriers, then female students like me won’t be able to reach their full potential,” says Tran.

Though she’s still unsure which scientific field she’ll eventually choose to pursue, Tran says she’s more interested than ever in a career in the sciences. Her experience with WISEST has left her not only with new role models, but also with new confidence in her abilities that she didn’t have before—and it’s just the beginning of what she believes will be a lifelong love affair with science.

“Science is moving forward, and there’s no way I’m being left behind.”

Young students make their WISEST decision of the summer
Newsroom