U of A expert teams up with National Film Board and some of Canada’s most popular online personalities to create ‘Supreme Law.’ 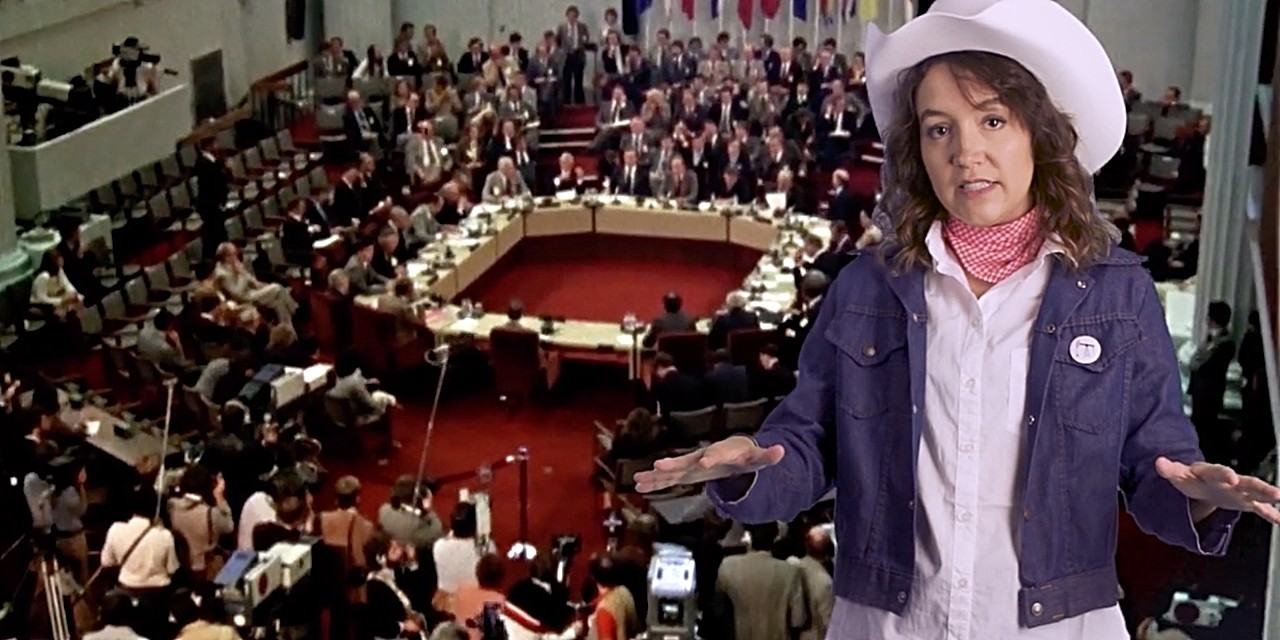 Alayna Joy, whose YouTube channel has more than 230,000 subscribers, represents "the West" in an interactive video production featuring YouTubers telling the story of how Canada's Constitution was created. (Image: video still from 'Supreme Law')

A snappy, funny online video production is introducing a new generation of Canadians to the story of how the country’s Constitution was created—including the six YouTube stars who host the videos.

“They were young people and they didn’t seem all that interested—at least initially,” said Patricia Paradis, executive director of the University of Alberta’s Centre for Constitutional Studies, who teamed up with the National Film Board of Canada to create Supreme Law.

“So it was an exciting thing for me to see them learning about the patriation of the Constitution and being excited and engaged as they left. They were surprised to learn just how interesting our Canadian history is.”

The45-minute interactive show details how and why Canada’s Constitution was created less than 40 years ago—a story that could help younger Canadians understand current wrangles over issues like pipelines, Paradis noted.

“It’s very important to understand what went into the making of our Constitution because it’s very much a reflection of the people we are,” she said.

“It’s a reflection of our values and of our federal structure—the provinces and the federal government had bitter fights during this process. There were winners and losers, big personalities, fascinating stories.”

In 1980, Trudeau started the process of patriating the British North America Act of 1867, a statute of British Parliament. Though the BNA Act “created” Canada as a self-governing federation, changes to it required Great Britain’s permission. Trudeau believed it was time to cut those apron strings. He also wanted to add a charter of rights and freedoms so Canadians could keep their government in check.

Trudeau’s manoeuvres, amid challenges from eight provinces that wanted to safeguard their own influence, produced a Canadian Constitution that includes the Charter of Rights and Freedoms. But getting there involved, “Gangs! Backstabbing! Trahison! (betrayal),” as the video’s ad-libbing co-hosts gleefully tell it.

The drama crested at the November 1981 constitutional conference, when a secret late-night meeting excluded Quebec Premier René Lévesque, a notwithstanding clause was added to the Charter of Rights and Freedoms and Quebec’s proposed opting-out clause was dropped to seal the deal.

In 2011, the Centre for Constitutional Studies held a 30th anniversary conference marking the 1981 negotiations meeting. Many surviving participants attended and were interviewed for a documentary that was never made. So Paradis asked the National Film Board whether it was interested in preserving the insights of those who actually participated in the drafting.

“This was an enormous and rare opportunity to learn about constitution-making from those who participated and negotiated the final deal,” she said.

The idea eventually morphed into the interactive program, which is aimed at 16- to 24-year-olds and directed by Katerina Cizek, a two-time Emmy winner and digital documentary expert.

In addition to the entertaining video tales, the project includes 11 “deep dives”—meticulously researched background essays reviewed by U of A political scientists Steve Patten and Linda Trimble, as well as U of A legal historian James Muir—on topics including Quebec’s perspective on what it perceived as a profound betrayal and the West’s fight for more control of its resources. U of A political scientist Lois Harder, co-chair of the 2011 conference, also helped with initial development of the project.

Paradis said she’s glad to have been involved in producing something that makes both the history and the backstory of the Constitution accessible to anyone with an internet connection.

“Knowing there is this wonderful resource—an important slice of our Canadian history—that exists in perpetuity, I hope, for Canadians to access, is a wonderful thing to have been a part of.”