LUXX founder Derek Jagodzinsky hopes to inspire others through his passion for designing culturally aware clothes. 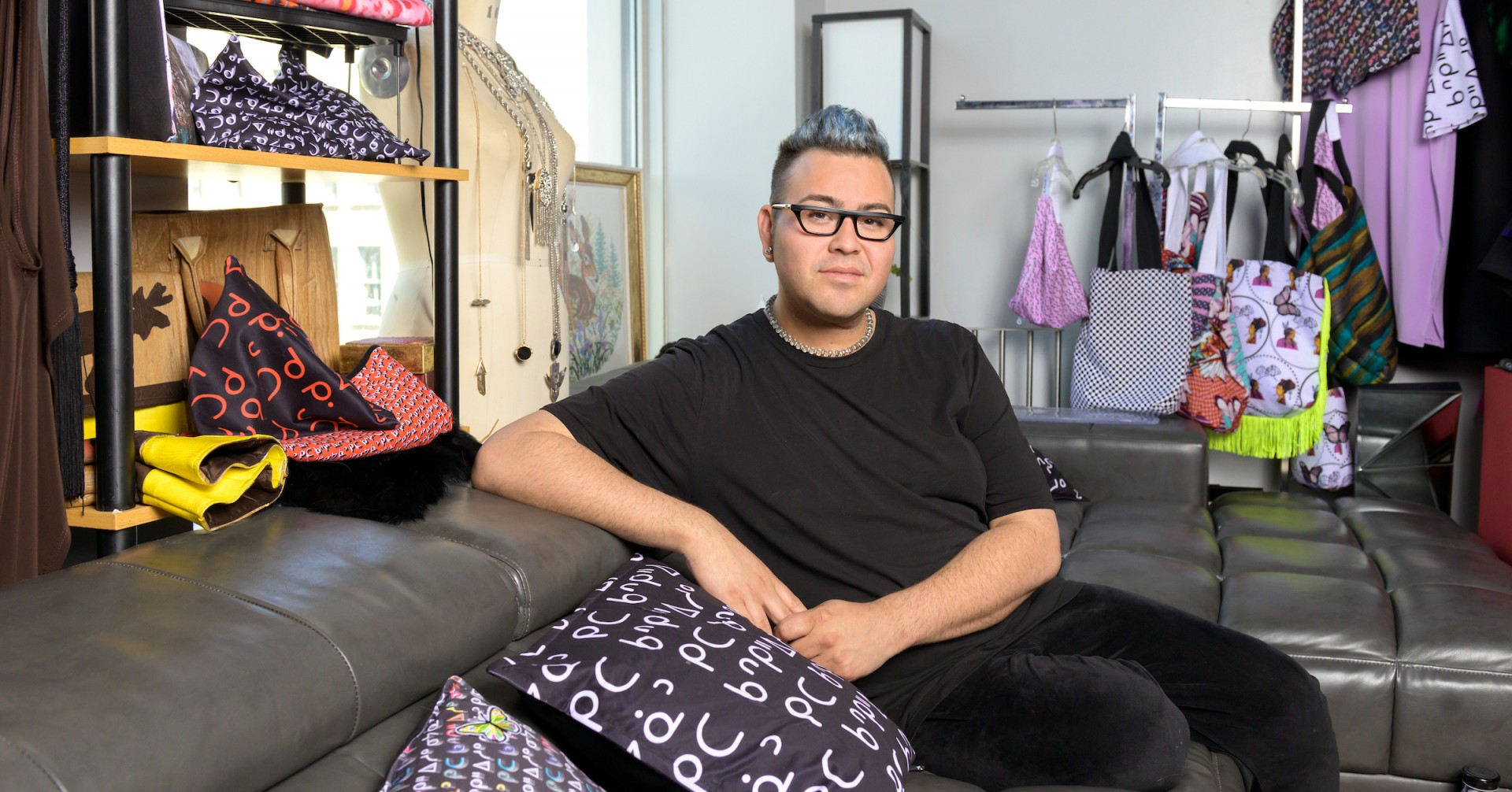 With two U of A degrees under his belt, Derek Jagodzinsky now hopes to share his knowledge and passion for culturally aware fashion design. "I want to break stereotypes and bring Indigenous know-how to the modern world," he said. (Photo: Richard Siemens)

Indigenous clothing designer Derek Jagodzinsky wants to fashion his newest University of Alberta degree into an inspiration for others.

Graduating next week with a master of design is just the latest accomplishment for Jagodzinsky, who already holds a 2010 undergraduate degree in design from the U of A.

He’s the founder of LUXX, a clothing company that pays tribute to Indigenous cultures in its ready-to-wear lines and has dressed the likes of Kim Kardashian and Sophie Grégoire Trudeau since launching in 2011.

With two degrees under his belt, Jagodzinsky hopes to share his passion by teaching and taking on interns, to pass along what he’s learned since he first began creating fashion-forward, culturally aware clothing.

“I hope to inspire others by showing the work I’ve done, that I’m not finished and that they could do it too. I like to inspire and be inspired by people,” he said.

A member of the Whitefish Lake First Nation in northern Alberta, Jagodzinsky, who is both Caucasian and Indigenous, is making his mark as an emerging talent. He launched LUXX after working as a student intern in New York under the guidance of another U of A alumnus, designer Michael Kaye.

Jagodzinsky was also the first U of A student to receive the province’s Indigenous Graduate Award—a $15,000 scholarship—in 2016 for his work. As well, two of his pieces, including one created with artist Aaron Paquette, are now part of the Royal Alberta Museum’s permanent collection.

Always instinctively creative, Jagodzinsky turned his love of design into an outlet for honouring his Cree roots and those of other Indigenous cultures.

“Fashion and design are important aspects of human culture, and I wanted to take that and make it more relevant in Indigenous communities. I wanted to take Indigenous culture and bring it to a modern state of design and keep it on par with Paris, New York, Milan,” he explained.

He’ll launch his 13th LUXX collection this spring, the latest offerings in a long line of wear that blends Indigenous details with flowing, elegant, easy-to-wear designs. Whether it’s through beads, patterns or words, all the pieces convey a message of strength and beyond that, unity.

“I want my design and finishes to evoke emotion and get people to think about things.”

His designs include Cree syllabics that mean “We will succeed” and pieces with the saying “Smudge, don’t judge.” He also uses the rainbow, not just as a symbol of support for the LGBTQ community, but for overall unification. “It’s about everyone coming together. We do live on this earth and we are all related.”

His latest fashion collection, Rainbow Warriors, is inspired by an ancient prophecy encountered by many Indigenous nations, about renewing the planet with spiritual prosperity “at a time when the earth was being ravaged by greed and destruction. The timing of this message is really relevant given the current state of affairs on our planet.”

Jagodzinsky, who has a by-appointment showroom and studio in downtown Edmonton, plans to use his newfound knowledge in industrial design to expand his product line to include accessories and soft goods, like throw cushions.

“I now have the background to go beyond clothing,” he explained, adding his thesis research allowed him to deepen his Indigenous knowledge to apply it to his products.

“My grandma went to residential school, so I wasn’t taught my culture, so this master’s thesis let me do more research in my Indigenous side. I researched ways of doing things.”

It involved learning about ceremonies like powwows, then celebrating that imagery by including it in his designs.

“It was about creating a new visual language, helping strengthen a new Indigenous identity. I want to break stereotypes and bring Indigenous know-how to the modern world. When I was younger, I wasn’t excited about being Indigenous because there weren’t many designers doing anything I thought was fun and exciting and cool, and I wanted to be that person,” he said.

He plans to continue his work and eventually, hopes to one day build his own factory on First Nations land.

Meanwhile, he hopes to work with more traditional materials like moosehide, fur and beading to create Cree couture, and is continuing his artistry.

“I keep going because I love what I do,” he said.

No matter where his career takes him, Jagodzinsky is grateful for his time at the U of A and for all it gave him.

“I really feel it’s a step in the right direction to have these degrees. I’m glad I’ve done it. I feel education is very important and no one can take that away from you.”