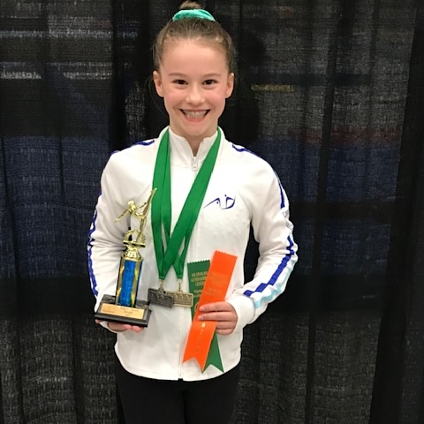 Dominic Johnston was sidelined from competitive gymnastics for a year and a half because of Little League elbow, but was able to return to form earlier this year after getting physiotherapy from the U of A's Glen Sather Sports Medicine Clinic. (Photo: Supplied)

How to prevent Little League elbow from causing big problems

U of A physiotherapist offers tips to help parents and coaches know whether a child has the common overuse ailment, how to prevent it and how to treat it. 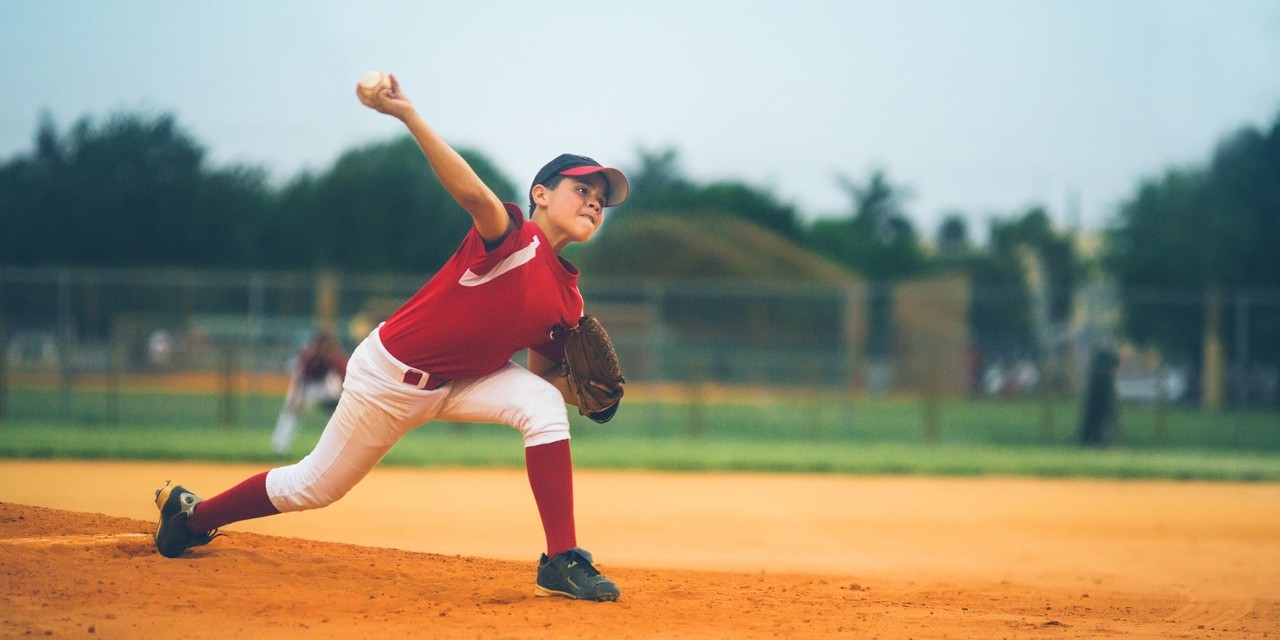 Little League elbow, so named because its main cause is baseball pitching, is a common overuse ailment in young athletes. (Photo: Getty Images)

Dominic Johnston was powering through her routine on the bars in 2017 when she felt a stab of pain in her arm.

The competitive gymnast, who was 10 at the time, was used to occasional aches and pains, but this time it didn’t ease up.

“It was a sharp pain at the very end of my elbow and it throbbed when I did something like pushups,” she explained.

A visit to the family doctor resulted in two weeks in an arm cast, but after resting her injury and going back to training, she was hit with the pain again.

“My elbow would just get annoyed and completely stop me,” she said.

The mystery ailment was eventually diagnosed as Little League elbow, so named because the number one cause is pitching in baseball. But any sport that involves repetitive arm use—like racquetball, football, badminton or gymnastics—can also bring it on, said Nick MacLeod, a physiotherapist with the University of Alberta’s Glen Sather Sports Medicine Clinic.

Most prevalent in the elbow, but also found in the knee and heel, the injury is unique to young athletes like Johnston, who are susceptible to overusing muscles that pull on tissues near the end of their still-growing long bones. The condition brings on painful inflammation.

Little League elbow develops over time, usually over a preseason or season of activity, from a few weeks of overuse and repetitive motions.

In Johnston’s case, her injury left her sidelined from competition for a year and a half, resting and strengthening her arm through physiotherapy at the Sather Clinic.

“It was hard, because I love competing and I had to watch other girls learn new stuff. If you’re in a sport you love, you never want to stop.”

She returned to competition in early 2019, but still manages periodic pain through physiotherapy exercises at home.

“It will last for a week and then get better for a while. Whenever I grow, my elbow hurts more,” she said.

The good news is, Johnston and others like her eventually grow out of the condition, usually without permanent damage, MacLeod noted.

“Once a child goes through skeletal maturity, the bones fuse and this gives the body some time to catch up. The muscles lengthen to the proper size and therefore decrease their pulling force.”

It’s important that young athletes don’t “play through the pain,” but tell a coach or parent about it, he said.

“Their pain will take time away from their sport and could also affect their social life and school. It also lengthens the time of recovery.”

Johnston told her mother about the pain right away.

“I was close to quitting, but after getting physio, it helped me not just physically but mentally. So always tell, don’t keep it a secret,” she said.

Not telling a coach or parent might lead to a mistaken assumption that an athlete is trying to avoid the work, she added.

MacLeod said the key to preventing the condition is avoiding too much repetitive use of the same muscles.

Coaches should make sure their athletes participate in a variety of positions and movements, and baseball coaches in particular can use a pitch count to limit the number of throws per player, he suggested.

Strengthening programs focused on the elbow, shoulder, wrist and core during the season and off-season also help prevent Little League elbow altogether, he added. And stay active as the injury heals.

“If you’re in baseball, for example, you can still practise running the bases, catching field balls, practising your footwork—but minimize the throwing motion.”

“It’s as simple as asking them if they’re having pain or a problem, and if they are having issues, not letting them make their pain worse,” he said.

Johnston’s mom Nicola makes a habit of checking in with her daughter.

“I’m always asking her now, how’s gym, how’s her elbow. I like to keep a rapport so she’ll feel comfortable if she’s hurting somewhere.”

She also advises parents to stay positive if their child is sidelined as they recover from injury.

“It was a long haul, but we kept looking at it not as day by day, but how much can we improve in a week or a month, through physiotherapy,” she explained.

If Little League elbow does develop, MacLeod recommends the POLICE method as the first line of treatment:

If the pain doesn’t ease within a few weeks and an athlete is losing practice time and can’t play at full capacity, MacLeod recommends physiotherapy for assessment and a treatment plan.

“This is very treatable, and If you get it treated in time, there’s less time taken away from your sport.”

Johnston, back into the swing of things now, has won several medals, but when her elbow bothers her, she does her physio exercises and quits her practice a few minutes early.

“She came out of treatment with great body awareness,” said Nicola. “She knows now if her body isn’t 100 per cent.”

How to prevent Little League elbow from causing big problems