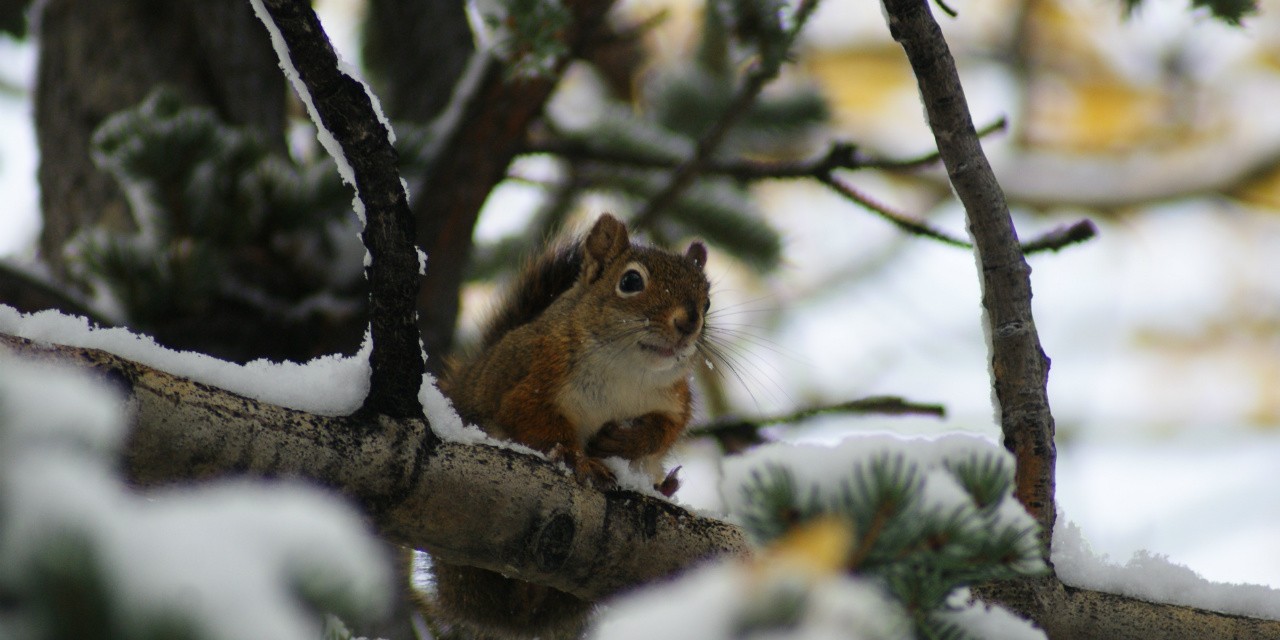 In years when food is abundant for squirrels, males kill the young of rival males, according to new research from University of Alberta biologists.

“It’s called sexually selected infanticide,” explained biologist Jessica Haines, a U of A post-doctoral fellow who led the study. “It’s when a male kills another male’s offspring to increase the chances that he’ll be able to father pups of his own when the female breeds again.”

The study is the first to observe and document this behaviour in red squirrels.

During her fieldwork in spring 2014, Haines unexpectedly witnessed the behaviour first-hand, and later found a second dead squirrel pup from the same litter.

Using genetic techniques, she determined the perpetrator was not the dead pup’s father. Rather, he was the father of the pups in the mother’s second litter.

Squirrel infanticide is linked to fluctuations in white spruce cones, the main food source for red squirrels, Haines showed. It occurs only during years of food abundance, known as “mast” years, when spruce trees produce huge numbers of spruce cones far beyond the norm.

During those years, female squirrels can have two litters instead of one. Interestingly, females breed in spring while the cones mature in fall, meaning they predict future cone availability when they have the second litter.

“Males commit infanticide in mast years because the females will have that second litter, giving the males a second chance at fatherhood,” concluded Haines.

Despite the practice, more squirrel pups survive in years of food abundance than in other years.

Sexually selected infanticide is normally more common among species who live in groups, where, for example, one male has a harem of females.

“We were surprised to see this behaviour in squirrels, because they live alone in separate territories and do not monopolize a single female during the breeding season,” explained Haines. “It's fascinating that they change their mating behaviour to commit infanticide in mast years, particularly because it means they predict the cone availability in the upcoming fall.”

Haines conducted the research as part of the Kluane Red Squirrel Project while completing her PhD under the supervision of Stan Boutin, professor in the Department of Biological Sciences in the Faculty of Science.

The paper, “Sexually Selected Infanticide by Male Red Squirrels in Advance of a Mast Year”, is published in Ecology.