Nicole Labine is planning to return to the Northwest Territories to improve access to health care in her community. But first, she is embarking on a five-year surgery residency. 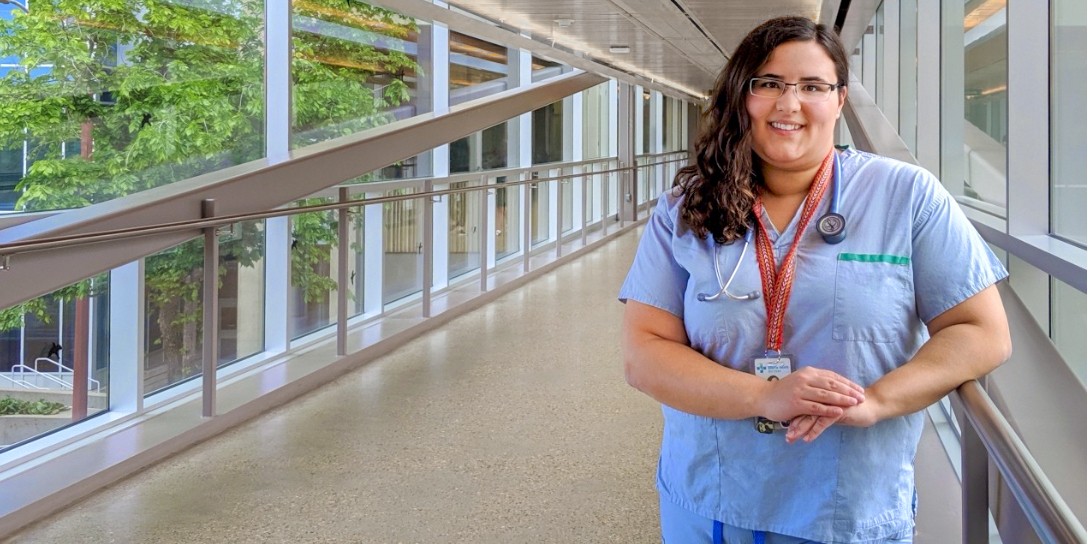 Growing up in Fort Smith, N.W.T., Nicole Labine saw the disparity created by not having good access to health care. Now, as the MD graduate embarks on her surgical residency, she hopes to eventually return to the Northwest Territories. (Photo: Sean Townsend)

Nicole Labine wasted no time hooking the coveted first fish of the winter as her family gathered in their ice fishing hut located on the edge of the frozen Slave River.

“The person who catches the first fish of the year gets their name written on the inside of the hut,” said Labine, who grew up in a fishing-obsessed Métis household in the largely Indigenous town of Fort Smith, N.W.T. “My mom holds the record and I’ve never had the honour.”

She hooked a losh, otherwise known as a burbot.

“It had to be 15 pounds and I was screaming as it came out of the hole. I reached to grab it but it wiggled off the hook and flipped and flopped its way into another hole.”

Having never had her name enshrined on the wall, Labine said she turned to her parents—a father who worked as a renewable resource officer and a mother who taught—for a favourable ruling.

“They said it doesn’t count because I couldn’t hold it. It was rather sad,” laughed Labine, still bewildered at the slight.

“My parents keep me humble.”

Labine, who is graduating today with a medical degree, can laugh off life’s little injustices because she’s focused on the big ones.

Growing up, she saw first-hand the disparity created by not having good access to medical care.

She saw cancer take its toll on family friends who couldn’t find a way to appointments. She saw relatives admitted to hospitals a province away, forced to spend their dying days away from their community.

“I always felt we should do better for these people and provide better care for a dignified ability to live in the community until the end,” she said. “I felt from a young age that I could make a difference in that.”

After completing an honours degree in biochemistry from UBC Okanagan, Labine was accepted to the U of A’s medical school, one of five Indigenous students out of 162.

Labine was admitted as part of the well-meaning student admissions program that had outlived its usefulness. What started out as a policy that represented access for at least five Indigenous medical students in any given year had, in recent years, became a cap.

“I’ve been involved with the interview process for three years, and we were missing out on some amazing candidates,” she said.

Indeed, acceptances were received from nearly the entire contingent of Indigenous students who received offers this past spring.

Labine also helped to found the U of A’s first Indigenous Medical and Dental Students’ Association.

“It’s important for Indigenous students to be able to see themselves at home in the faculty, and feel welcomed with a sense of community,” she said. “Indigenous people represent a population that is resilient, and that is a really important quality to have for someone in this position—someone who is resilient, committed and can connect to community.”

Labine will begin a five-year general surgery residency at the University of Saskatchewan starting July 1, with a goal to one day move back home to the Northwest Territories.

“It is closing the loop for me—it’s the final step that proves to me, although there were lots of barriers, I still did it, I still made it.”