New research by U of A neuroscientists points to potential for oxygen therapy to treat sleep problems. 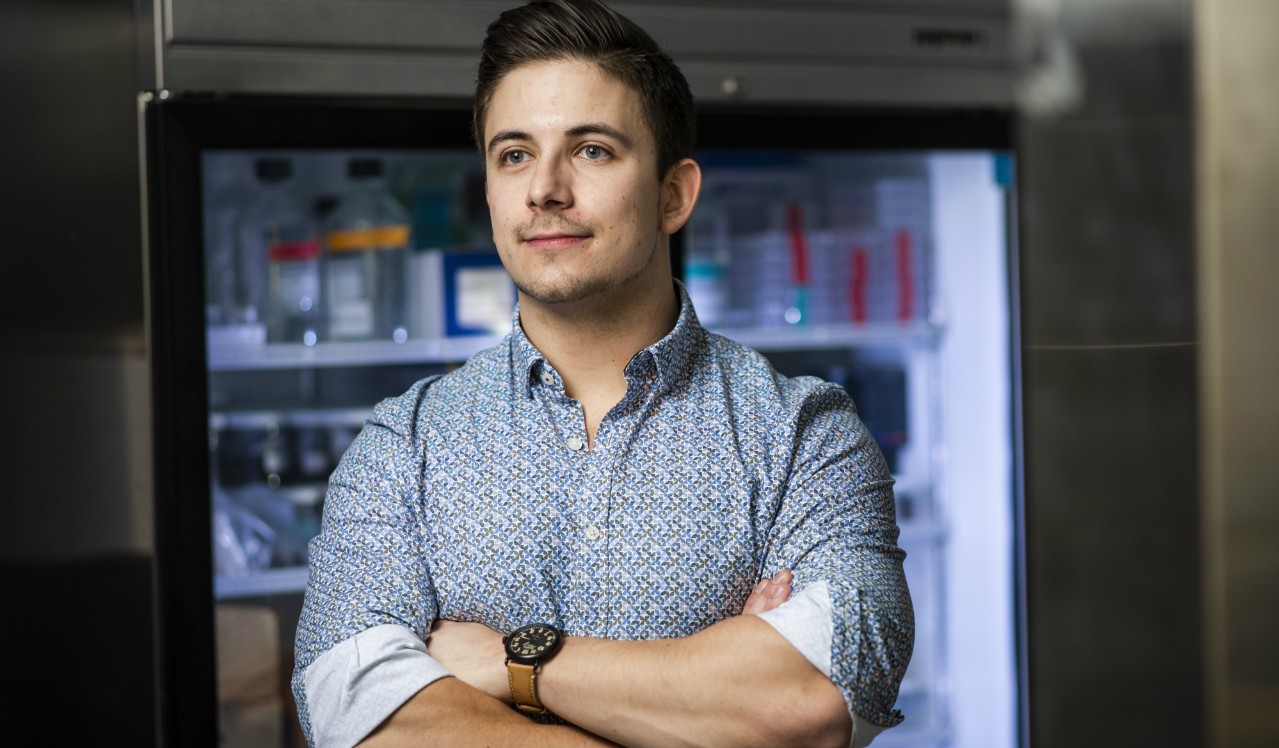 PhD student Brandon Hauer found that increased oxygen prompts the brain to stay in a state of deep, healing sleep. The research suggests oxygen therapy could be helpful for people with sleep problems. (Photo: John Ulan)

Exposure to high levels of oxygen encourages the brain to remain in deep, restorative sleep, according to a new study by University of Alberta neuroscientists.

Researchers administered high levels of oxygen to anesthetized and naturally sleeping animal models, and examined the resulting activity in their brains.

“We found that when we administer oxygen, our subjects’ brains switch out of active sleep and remain in a deactivated, slow-wave state the entire time,” explained neuroscience PhD student Brandon Hauer.

Deactivated, or slow-wave sleep, is the deepest stage of sleep during which brain waves oscillate at a very slow, once-per-second rhythm.

“Slow-wave sleep seems to be especially suited to recovery for both the brain and body,” said Hauer, who conducted the research under the supervision of Clay Dickson. “This seems to be the stage where metabolites are cleared from the brain, muscles grow and proteins reform.”

When the researchers removed the oxygen, the brain started cycling back through active, or rapid-eye-movement sleep, added Hauer.

The researchers also showed that when exposed to less than normal levels of oxygen, the brain remains in active sleep.

The research highlights the potential for oxygen therapy for humans in a clinical setting.

“Oxygen therapy could be used to enhance slow-wave states during sleep to ensure that individuals who may have disrupted sleep are getting enough of the restorative, slow-wave sleep,” said Dickson. “Of course, this has to be tested first before it could become a therapeutic reality.”

The study, “Hyperoxia Enhances Slow-Wave Forebrain States in Urethane-Anesthetized and Naturally Sleeping Rats,” was published in the Journal of Neurophysiology.