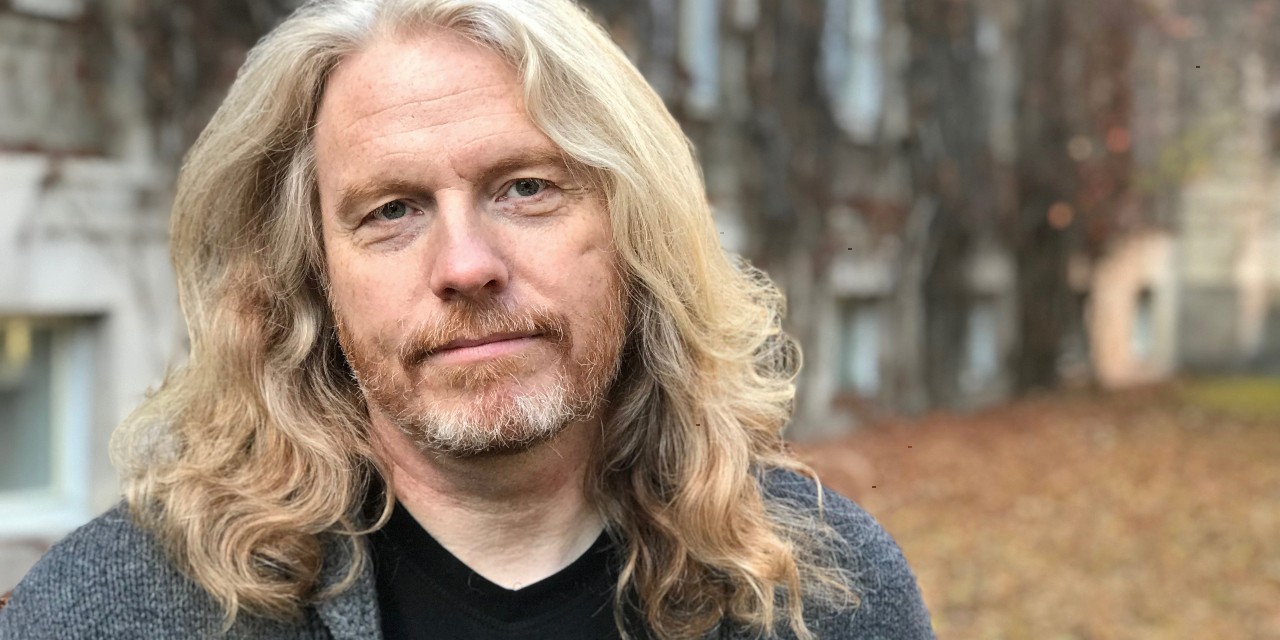 Glen Fairen, who teaches a popular course on the history of witchcraft and the occult, says Halloween is the main celebration of the year for Wiccans. (Photo: Geoff McMaster)

Glen Fairen‘s second-year religious studies course on witchcraft and the occult is hugely popular—typically filling two sections of 60 students, one daytime class and one in the evening, with a waiting list of 30 or 40 for each.

"We talk about Harry Potter, Nazis, death metal and Dungeons and Dragons,” said the instructor of interdisciplinary studies at the University of Alberta, adding nothing is out of bounds as long as there is some connection to the history of witchcraft, reaching back to ancient Greece, medieval Europe, contemporary North America and contemporary Africa.

While the content is eclectic—presenting a healthy portion of pop-culture representations of witches—that doesn’t mean anything goes when it comes to the brass tacks of critical analysis. Fairen makes it clear his course is emphatically not about “how to use magic, the hidden history of the Earth Goddess or how to spot Satanism or the occult, as fun as that may all be.”

What it does promote is a “critical and scholarly attitude” that examines these constructions “within their historical, social, cultural and discursive context,” he said.

About 734,000 Americans identify as pagan or Wiccan, according to a 2014 Pew Research Center survey. And in aheadline earlier this month, the Times proclaimed, “Witches are having their hour,” quoting prominent New York witch Pam Grossman.

“The witch is a feminine archetype who has authority over herself,” she told the newspaper. “She doesn’t get power in relationship to other people. She has power on her own terms. And because of that she is, I believe, the ultimate feminist icon.”

U of A anthropologist Kate Kingsbury has pointed to a similar growing interest in the Mexican goddess of death, Santa Muerte.

“The old deities or saints are just no longer relevant for women in our time. If you look at Mary, for example, she's a very meek and mild figure and role model. Mexican women now face so much hardship, violence and poverty, that I think this figure is a lot more empowering," she said.

The modern version of the witchcraft movement, called Wicca, was invented in the mid-20th century by amateur anthropologist Gerald Gardner, said Fairen. It draws on both ancient paganism and more contemporary strains of spiritualism, such as the cult of Aleister Crowley, who called himself Beast 666 and famously inspired Led Zeppelin’s Jimmy Page.

The movement spread to North America in the 1950s and ’60s, and while Gardner never intended the movement to be gendered, said Fairen, it soon took on a feminist spin.

"You see a link arise between this and first-wave feminism,” he said. "As a woman it's pretty hard to identify with a male deity figure or gender-neutral spirit. Your only female mythic structures are Mary the Virgin, or Mary Magdalene.”

While the Wiccans of the ’60s and ’70s were influenced mainly by Northern European mythology, witches of the ’90s expanded their mythology—embracing, for instance, the god Isis from Egyptian mythology, or any other deity that seemed appealing, he said.

“It's now more of a boutique or food court idea of spirituality. The wise-woman healer might resonate for this person, the rebel for that person.”

In communicating origins of the occult to his students, it doesn’t hurt that Fairen looks the part. With his tall stature and flowing mane of blond hair, it’s easy to imagine him landing the role of Gandalf in a production of Lord of the Rings.

“I'm actually thinking of dressing up as Gandalf for Halloween,” he said, pointing out that Oct. 31 remains the main celebration of the year for witches, some of whom see it as a holiday, “others as a commemoration of the persecution they feel they've suffered."