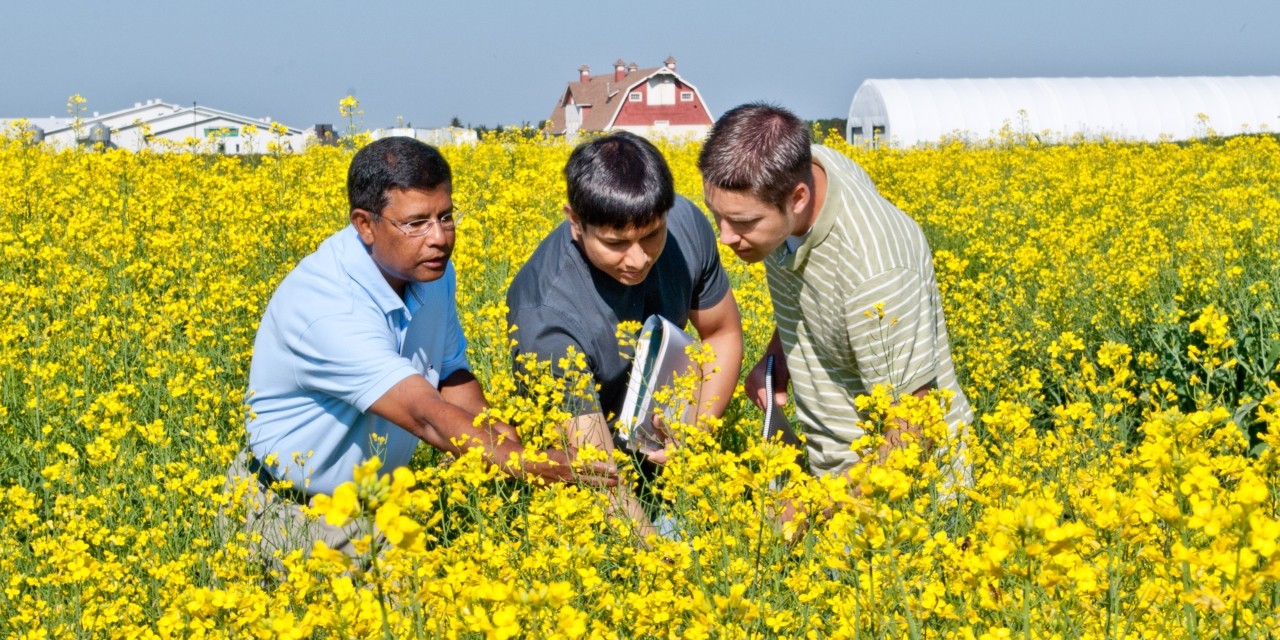 The U of A's agricultural research was ranked 40th in the world, leading a strong showing in several fields that helped the university move up seven spots to 81st in the latest NTU global research rankings. (Photo: Faculty of ALES)

The University of Alberta cracked the top 90 in a world ranking of research output and the resulting impact thanks to strength in agriculture, medicine and social sciences, as well as an upward trend across the rest of the six considered fields.

According to the 2019 NTU Ranking, calculated by the National Taiwan University, the U of A ranked 81st, up seven spots over its 2018 placement. The advancement was bolstered by the university’s 40th-place performance in the field of agriculture.

“It just so happens our faculty is in the heart of some critical questions about agriculture, food, forestry, energy and the environment that the province, the country and the world are asking,” said Stan Blade, dean of the Faculty of Agricultural, Life and Environmental Sciences. “It’s the reason we get the support that we do. It’s the reason we get the large number of graduate students that we do, and that’s what makes our research community so prolific.”

The 2019 performance measures the world’s top 800 post-secondary institutions based on three criteria of scientific paper performance: research productivity, or volume (25 per cent), research impact or citations (35 per cent) and research excellence or quality (45 per cent).

The U of A has respectable showings across all six fields, including a 78th in social sciences and a 79th for medical research, as well as advances in engineering, which jumped to 109 from 103; life sciences, which surged five places to 110; and natural sciences, which improved to 137 from 146.

The ranking was further broken down into 24 subjects of which 15 cracked the top 100, including agricultural science (43), environment/ecology (47), electrical engineering (48), geosciences (62), economics and business (63), computer science (64), plant and animal science (64), and biology and biochemistry (66).

The U of A was tied for 81st with the universities of Southern California and Illinois (Urbana-Champaign).

The strong showing in the subject category of business and economics comes in the wake of a Financial Times business ranking of professional development programs for business leaders. In the open-enrolment category, the Alberta School of Business Executive Education program was named fifth best in Canada and 57th worldwide, and placed among the top providers of customized executive education programs, once again finishing fifth in Canada and 79th in the world.

Joseph Doucet, dean of the Alberta School of Business, said one of the keys to his faculty's publication success comes from a culture of hiring excellence that has spanned three decades.

"If you have a handful of really great, recognized performers, they help you hire the next person, and you build upon that. Every year our hiring is challenging—it doesn't get any easier because of competition globally—but we continue to do well," said Doucet.

"This excellent hiring and the research results that follow translate into our programs, as our students get the benefit of learning from world-class researchers who can teach them based on research that they conduct."