U of A law professor joins Canadian Human Rights Commission 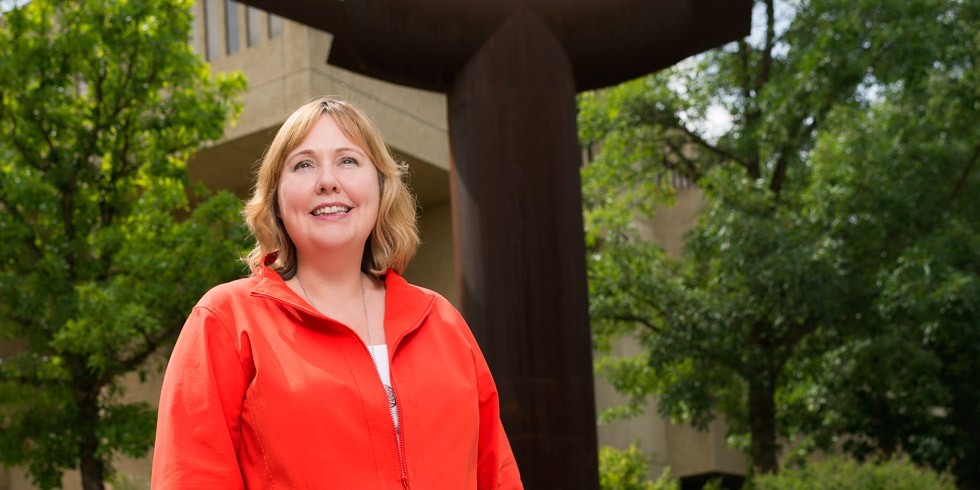 U of A law professor Joanna Harrington was appointed a part-time member of the Canadian Human Rights Commission. (Photo: Richard Siemens)

A University of Alberta law professor has been appointed a part-time member of the Canadian Human Rights Commission.

Joanna Harrington, an award-winning teacher and legal scholar and a former scholar-in-residence with the Department of Foreign Affairs (now Global Affairs Canada), has been a law professor for almost 20 years. She joined the U of A’s Faculty of Law in 2004.

“I am very honoured to join the commission,” said Harrington. “I really value the commission's work to recognize the interdependence of human rights, ranging from Indigenous rights to prisoners’ rights to disability rights. I’m excited about the opportunity to contribute to the protection and promotion of human rights across Canada on such a wide variety of issues.”

While with Global Affairs Canada, Harrington participated in the negotiation of new international instruments at the United Nations, the Organization of American States, and the Assembly of States Parties to the Rome Statute of the International Criminal Court. She also served as a member of Canada’s official delegation to the United Nations General Assembly.

Harrington also brings extensive experience in collaborative policy-making and informal dispute resolution, having served a five-year term as an associate dean with cross-disciplinary responsibilities for graduate education at the U of A.

She has published on a variety of topics, including international human rights law, and regularly presents at conferences, continuing legal education events and non-governmental organizations’ outreach events. Her work has earned her the U of A’s Martha Cook Piper Research Prize, a Killam Annual Professorship, a Fulbright Scholar award and the Canadian Association of Law Teachers Prize for Academic Excellence.

U of A law professor joins Canadian Human Rights Commission