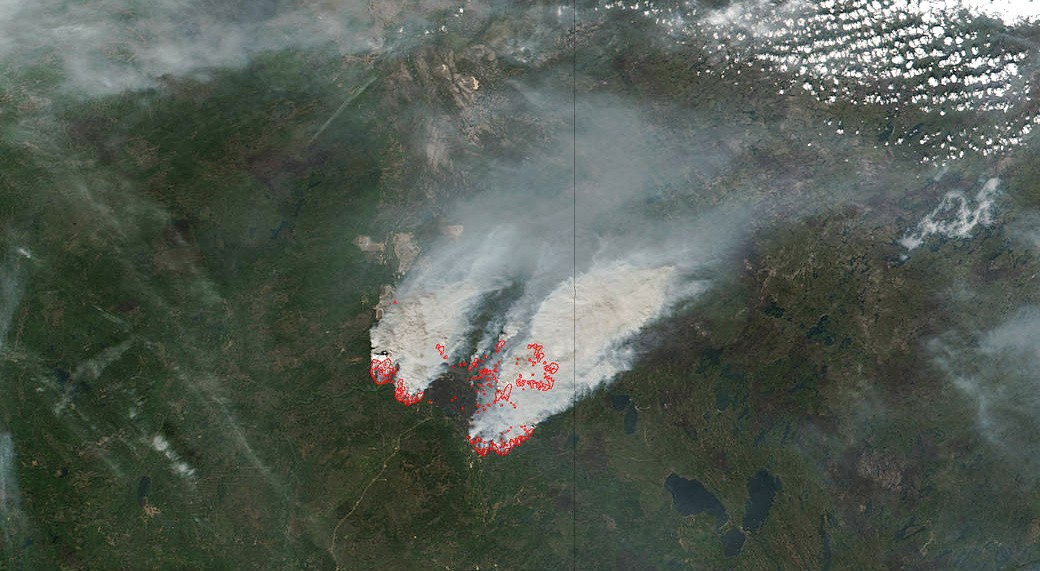 The newly funded Ex-Alta 2 cube satellite will help researchers predict, track and monitor the effects of wildfires like the one that devastated the Fort McMurray area in 2016. (Photo: NASA)

The University of Alberta will lead a project to design, build and launch Ex-Alta 2, a new cube satellite to help combat forest fires, thanks to funding of $250,000 from the Canadian Space Agency.

“The data we collect will tell first responders how to allocate firefighting resources so they can better prevent disasters like the one we saw in Fort McMurray,” said Callie Lissinna, a U of A mechanical engineering student and project manager for the AlbertaSat group of science and engineering students that will participate in the project.

“Some students on the team have friends and family who were affected by the fire, and it was part of the personal motivation and feeling of communal loss that led to our decision to give back to the community this way.”

“This funding means that the next few generations of U of A students will have the opportunity to get hands-on experience building a spacecraft,” said Lissinna.

The Ex-Alta 2 project is one of 15 cube satellite projects that received funding today from the Canadian Space Agency.

In addition to monitoring ground conditions in Alberta to predict where wildfires may break out, and monitor existing fires and their effects, Ex-Alta 2 will measure solar activity that may harm communications infrastructure, and make open-source hardware and software available to other teams.

Electrical and computer engineering researcher Duncan Elliott will lead the research project, which will involve 12 other co-investigators at the U of A, the AlbertaSat team and teams from other post-secondary institutions including Yukon College in Whitehorse and Aurora College in Inuvik.

The three-institution collaboration, named Northern SPIRIT (Northern Space Program for Innovative Research and Integrated Training), will operate a small constellation of cube satellites with space weather monitoring payloads, as well as the payloads chosen by each institution. The satellite design work will be distributed, but the final satellite assembly and pre-launch testing will be conducted by all participants using facilities at the U of A.

“We’re keen to use space as a way to motivate youth from anywhere in Canada—including the North—to draw young people into STEM careers and to provide an opportunity to engage with an asset that the territories themselves have been partners in building,” said space physics professor Ian Mann, who was instrumental in the success of Ex-Alta 1.

“Our students at the U of A are incredible,” added Elliott. “We've been planning for our second satellite for a while, and today we can all start turning this into a reality. The interdisciplinary learning through the hands-on design of this project will give our students a leg up in a future where access to space and its benefits are available to all.”

Clayton Coutu, a master’s student in the Faculty of Science and communications team lead for Ex-Alta 2, says the funding confirms the U of A’s role as a leader in space science and technology.

“AlbertaSat's involvement in the Canadian CubeSat Project is our next step in growing the aerospace community at the U of A,” he said. “It ensures that students passionate about space will be able to design, build and launch spacecraft here for years to come.”