Why you might want to leave those dandelions alone

Birds, bees and butterflies can all benefit from the hardy yellow blooms, says U of A horticulturist. 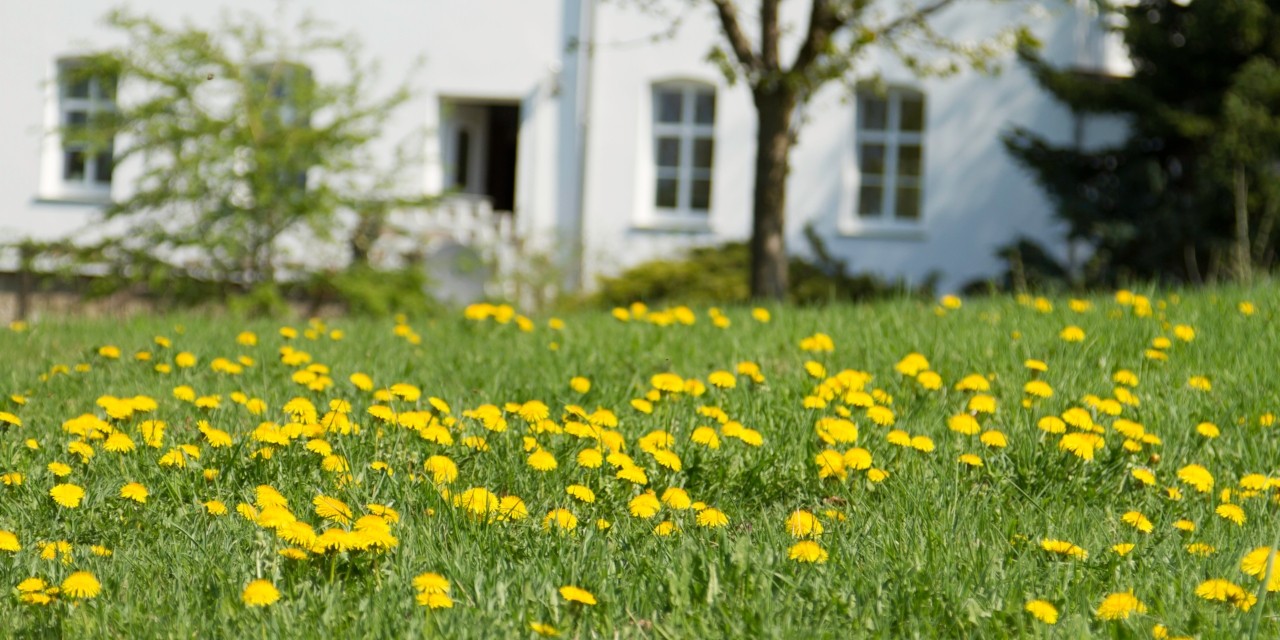 Dandelions are usually an unwelcome sight in the yard, but they're worth keeping around as a food source for bees and even as a salad vegetable, says the head horticulturist at the U of A Botanic Garden. (Photo: Getty Images)

Nothing can threaten a velvety green lawn like vagabond dandelions—but it isn’t all bad, says a University of Alberta gardening expert.

In fact, people may want to actually welcome the fluffy yellow blooms into their yards, said Ken Willis, head of horticulture at the U of A Botanic Garden.

“There’s starting to be a lot more argument that they should be kept because of what they can do for pollinators. Ecologically they are becoming very important as a food source for domestic and wild species of bees, particularly in early spring because they grow so soon. Butterflies and moths also feed on them as a source of sugar, and some species of birds feed on dandelion seeds,” said Willis, who leaves room for the hardy plant in natural areas in the botanic garden.

Though classed as a weed, the dandelion, a member of the daisy family, isn’t noxious—defined as causing a threat ecologically, economically or to public health. Instead, the plant’s biggest fault is that it spreads easily through the seeds carried on the wind by its trademark gray fluff.

“They take over the space that other plants would move into and they’re also very effective at germinating in areas where other plants can’t grow because of poor soil compaction or dryness. That’s why they are so prevalent on the landscape—they’re tough,” Willis said.

Gardeners either want them in the yard or they don’t, and “both sides are correct,” he added.

“I think psychologically, in areas like parks and playgrounds, people want to see big fields of green and that’s their idea of a perfect landscape, and if it’s your yard, and you want that, go ahead and do it.”

To get rid of them, either hoe them out or pull them by hand for areas smaller than a half-acre, being sure to also dig out the plant’s large taproot. For infestations larger than that, call in a lawn care company, Willis advised.

If you’re making dandelions part of the summer landscape, consider the idea of “playability”—managing the level of dandelions to the intended use of your yard and garden, Willis advised.

“With municipal sports fields and parks, you want to prevent injuries to increase the playability, so dandelion control would be important for that purpose.”

The best way to use them in a yard, without squeezing out flower beds and infesting lawns, is in the vegetable garden, where they belong, he said.

“Dandelions were brought to North America from Europe and Asia as a vegetable, so they have many culinary uses. They’re high in vitamins and the leaves are good in salads, the taproot can be ground into a coffee substitute and the flowers make wine. Grow it like lettuce and harvest it before the flowers bloom,” Willis suggested.

Why you might want to leave those dandelions alone