How to keep your lawn green and healthy

U of A Botanic Garden head of horticulture offers tips on how to win the perennial battle to keep your lawn looking its best. 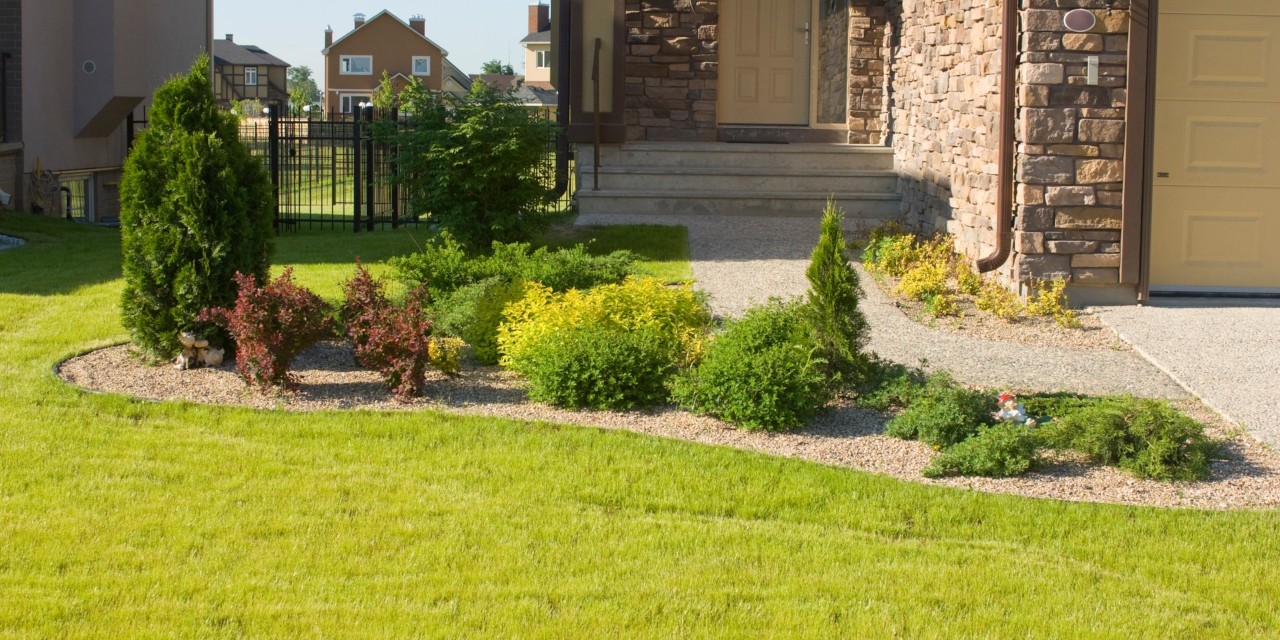 Keeping your lawn green and healthy from spring to fall is about helping grass win the war against weeds, according to a U of A horticulturist. (Photo: Getty Images)

Having a lush, green lawn is a lot like doing battle, says a University of Alberta turf expert.

“There’s a lot going on with your lawn,” said Ken Willis, head of horticulture at the U of A Botanic Garden. “It’s an ecosystem and when you put that turf seed on, you’ve started a war with all types of grass plants and weeds battling for territory. If you want the grass to grow, you want to balance the war so the weeds lose.”

Willis, who offers a two-part turf care course April 16 and 23, has some seasonal advice for triumphing in turf wars.

“The big thing in spring is turf doesn’t like to be covered with ice for long periods of time. The grass will die off,” he said.

Poor drainage is the culprit, allowing pools of frozen water to sit on the grass.

“The turf should slope away from the house so there’s positive drainage to the centre of the lawn, or over and away from walkways and driveways.”

Solving the problem could involve corrective landscaping, like putting raised flower beds in trouble spots or, if that’s not viable, digging out the dead patches of grass, adding new topsoil to regrade the low spot and planting new turf.

And make sure the lawn is thoroughly dry before walking on it or raking off winter debris, he added.

“You don’t want to cause compaction, which makes it difficult for the grass to establish roots. And if there’s snow mould on the grass, raking it will just spread it around.”

Aeration, which pulls out tiny cores of turf to let air and water into the roots, also gives a good start to the lawn in spring or helps to finish up in fall.

“The average homeowner should be doing that on a three- to five-year schedule, or yearly in high-traffic areas of the lawn.”

Willis suggested following the aeration with a top dressing of topsoil or compost.

Some rural homeowners like to burn off their lawns in early spring to kill weeds and promote healthy growth, but Willis advises against that.

“All that does is burn off the nutrients in the soil, it doesn’t promote turf growth,” he explained.

If Rover’s been doing his business on the lawn all winter, scoop up and hose off as much of the waste as possible to avoid nitrogen burns to the turf, Willis advised. Even so, flushing it off the lawn with water isn’t the best solution, he added.

“That will remove some of the nitrogen, but where is it going? Down the drain or in the neighbour’s yard.”

During the winter, it’s best to clean up pet waste daily or have a gravelled area or sandbox where they can do their business, he suggested.

As mowing season begins in May, consider investing in a mulching lawnmower, Willis advised.

“It cuts the grass and chops it into fine pieces that return to the soil and add nutrients. You should never bag your lawn clippings; all you’re doing is removing the nutrition.”

While the grass is most actively growing in spring, “pay attention to how to mow and at what height,” Willis said.

Mowing grass to crew-cut levels is a mistake for residential lawns, he noted.

“People think they need to make their lawns look like a golf course, but that’s a different type of turf they use, a very low-mowing-height turf,” he explained, adding it’s important to leave enough of the grass stem to feed the plant.

“You don’t want to overstress the plant. The idea is to maintain enough leaf matter so it can retain water and nutrients by not removing more than a third of the height of turf at one mowing.”

The first mowing should be at 2.5 inches, the second cut at three inches and by the end of June when it’s warm and soil moisture drops, raise the level to four or five inches to help cope with dry periods.

“When we get into hot, dry weather in July and August, the cool-season grasses we grow here go dormant, after growing vigorously in the spring. The grass starts to turn brown, and people continue to water, but that’s when weeds will flower and disperse seeds into the lawn. Weeds can take hold if they’re not managed right,” Willis said.

The best way to combat that is again with strategic mowing. As the grass goes dormant, raise the mowing level to four or five inches to preserve the turf’s thickness.

“You’re helping it out-compete other species like dandelions, and it also raises the shade level to help protect soil moisture and disperse heat,” Willis said.

As the weather cools in late August and turf resumes growth, gradually lower the mowing height just before freeze-up back down to 2.5 inches, Willis advised.

To help keep the lawn weed-free, now’s the time to boost nutrients by lightly spreading compost or extra topsoil on the turf or applying slow-release fertilizer. Mulch fallen leaves well into the lawn with your mower.

How to keep your lawn green and healthy