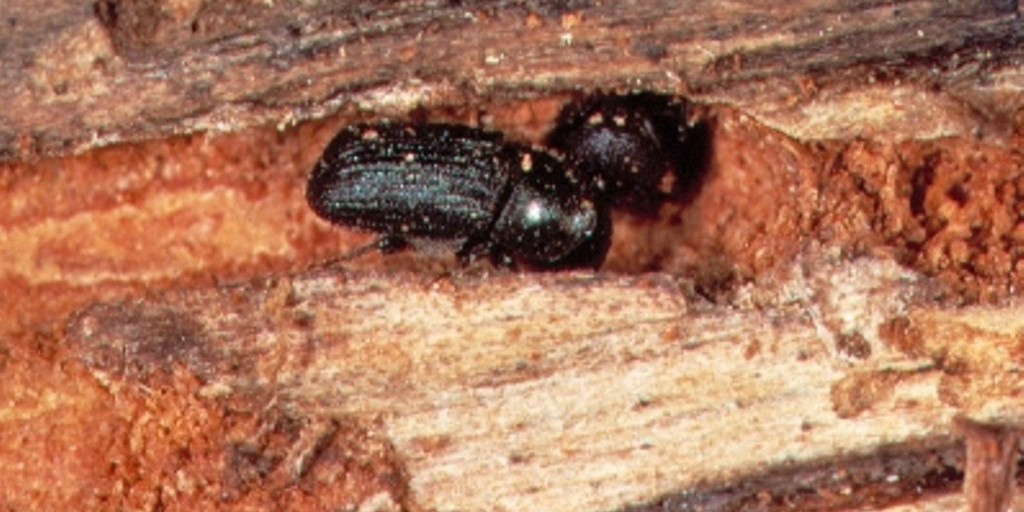 A hybrid population of mountain pine beetles invading Jasper National Park has an increased genetic diversity that could make the beetles even more likely to spread to new areas.

A hybrid population of mountain pine beetles is set to do further damage to one of Canada’s most iconic regions.

“It means the beetles from Jasper National Park could spread more easily than other mountain pine beetles have in the past,” said Jasmine Janes, a post-doctoral fellow who led the research project with master’s student Stephen Trevoy.

The scientists who set out to trace the origin of mountain pine beetles in Jasper National Park focused on describing the genetic signature of the beetles in the region.

“What we discovered is an eye of the storm where we see a sort of mixture of two genetic populations coming together in Jasper National Park,” said Janes.

“The Jasper beetles have a different genetic signature from the ones in the Grande Prairie outbreak from 2009 and also different from the ones in the outbreak in British Columbia in 2005. The beetles from the southwest travelled through pine forest in B.C. until they got to the mountains, while the beetles from the north followed a continuous track of forest until they reached the Rockies. Once they both got to the mountains, they mixed and funnelled back down to the forest edges.”

Efforts in Alberta are ongoing to keep mountain pine beetle outbreaks from becoming a full-blown epidemic on the scale of destruction that British Columbia witnessed just over a decade ago, when the beetle affected more than 18.3 million hectares of forest—an area five times the size of Vancouver Island.

The research can support the existing management system to slow the spread of the beetles, explained Janes.

“Genetic monitoring can help us pinpoint those areas with high genetic diversity and areas that might be contributing to its spread. This is an opportunity to tailor some of the management practices to slow the spread,” she said.

The genetic monitoring was conducted by using a wide array of collection techniques, some already used in conventional monitoring. Janes and her colleagues have suggested introducing genetic methods in addition to the routine aerial surveys spot-checking for already infected trees that need to be destroyed.

The research was funded by the NSERC TRIA Mountain Pine Beetle Strategic Network. Their work comes as a followup to scientists sounding the alarm on the outbreak in Jasper National Park late in 2017, which has seen mountain pine beetles affect more than 20,000 hectares of land, with numbers only set to rise.

“Where Did Mountain Pine Beetle Populations in Jasper Park Come From? Tracking Beetles With Genetics” was published today in Forestry Chronicle.